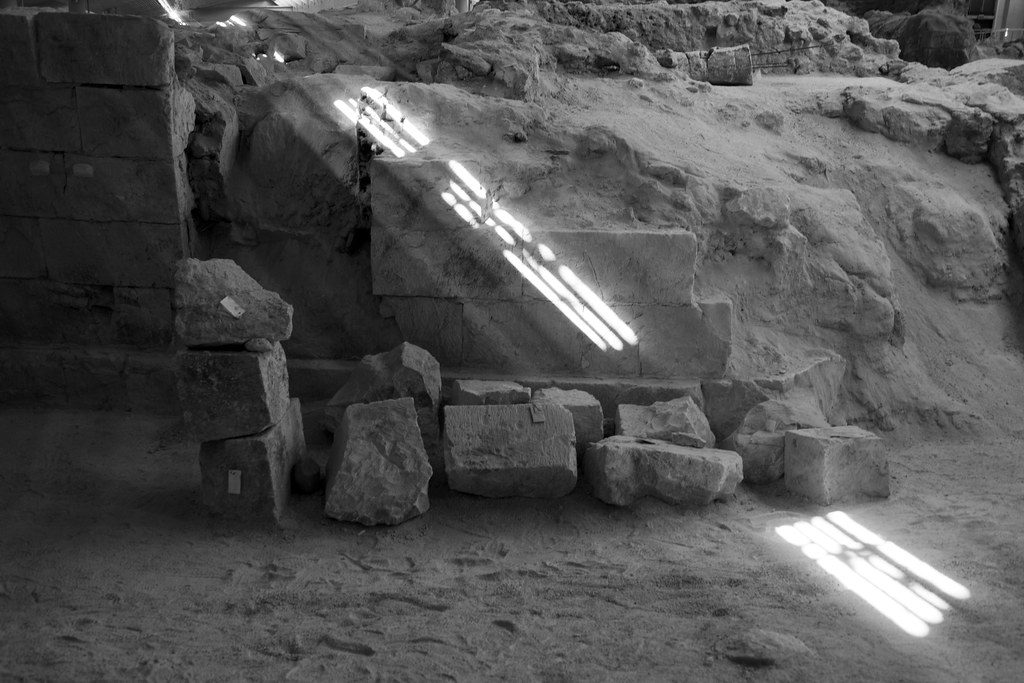 See these rocks all lined up in a row? They are actually some mighty old rocks. You see this image was taken inside the prehistoric town of Akrotiri on the island of Santorini. Legend has it that the French created some quarries there (in more recent history) and, as they were digging out to mine something else, they happened upon this ancient city. After the Greeks heard about it, they put a roof over the entire place and now it’s a popular tourist site. It’s actually indoors and it’s about four stories deep (underground.) The “indoors” part is why you see the shaft of light-it’s actually light filtering through the slotted roof they put over the site to help preserve it-so that they could dig out some more and get to the bottom (literally!) of this ancient settlement.

Another story about this site was that, while the French were digging, they happened upon what they thought was a throne. Yes, they dug out something they thought was a throne to the entire place-you know the spot where the king, queen, or other type of “ruler” actually sat. Well, turns out it was a “throne” all right, but not that kind of throne. The French, you see, had re-discovered the toilet. Talk about something you might just not want to unearth, but there you have it.

And so, my friends, that’s the story of the ancient prehistoric city of Akrotiri on the island of Santorini.