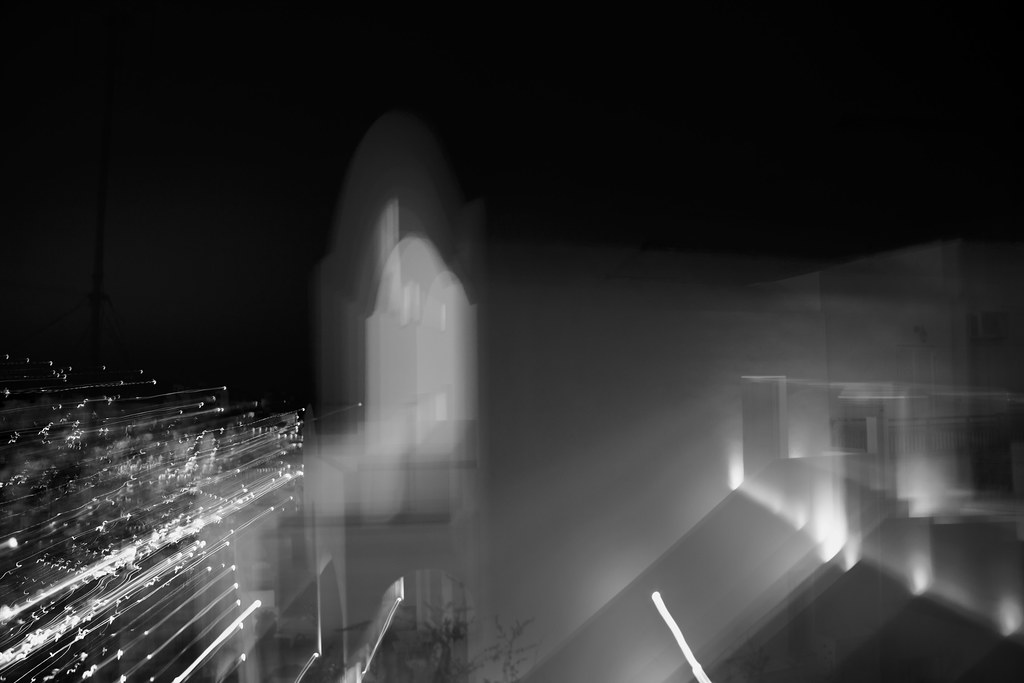 Not much to say here except that I rather like this one. Maybe instead of the “regular” black and white challenge I should propose a “black and white and night” challenge, where people have to post an image that’s not only black and white but also taken at night. Phew! That’s a mouthful. Anyway, you get the idea.

This one is also from Santorini. It was taken on top of a hill that we had marched up, in order to better capture the sunset. We did get some great shots up there, mostly of the church and the caldera and the like, but I happened to spot this house on the hill and I rather liked it. The color image of this one I rather like as well, so you’ll be seeing that at some point in the not to distant future, I’m sure.

Night shooting. Gosh, how I love it so. Everything looks so different at night. I such a night owl at heart. But, man, I really love me some night work. It’s so much fun to do this kind of stuff, really it is and, I have to admit, I rather like this one. Thank goodness for the black and white challenge otherwise I might never had made it.

What’s black and white and night all over? Hey, I need a punchline to go with that joke!