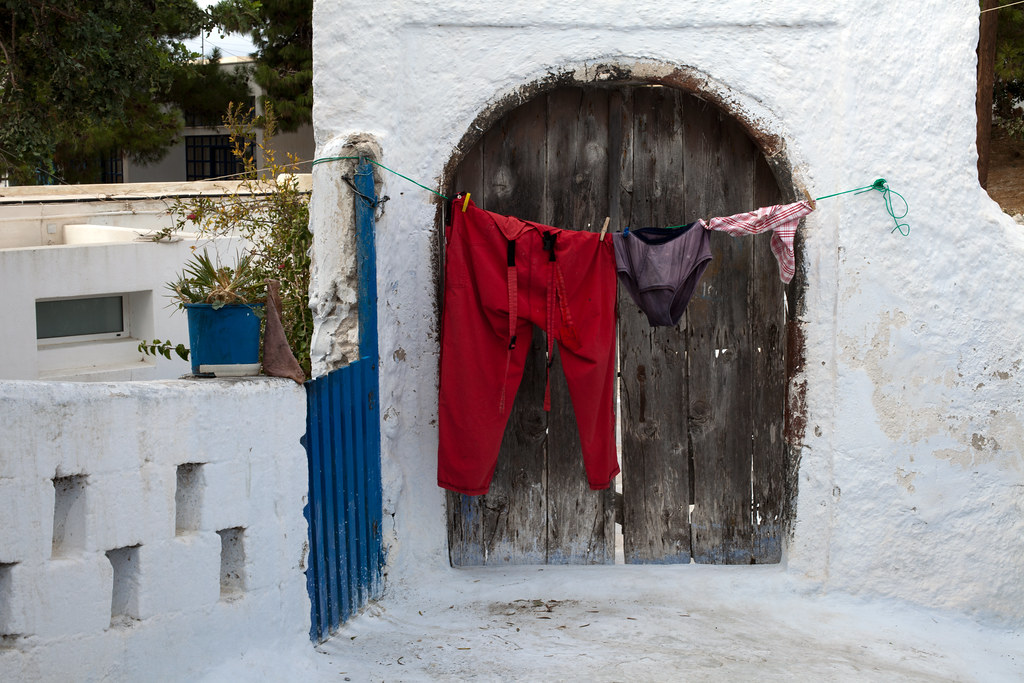 I’m back now from Santorini. A Top Ten list coming soon, I promise. For now though, I have to contend with some of *this.* Yes, it’s laundry time.

I swear, where does this stuff come from? It’s like it multiplies or something. Like bunnies, that is, really. Before I left for my trip, I honestly packed one suitcase of clothing. One. I mean, how much can you really fit in one suitcase even? Heck, it’s not even like it was a *big* suitcase. Nope. I travel now with those ultra light luggage sets, so I have one fairly regularly sized suitcase that’s extra light when empty, even not all that heavy when stuffed to the gills. Honestly. Where did all of this laundry come from? Since I’ve been back, it’s been nothing but laundry, laundry, laundry. Piles of it everywhere. Heck, I’m washing stuff I didn’t even know was dirty. At this point, I even feel like I might be washing stuff that isn’t even mine. I’m just washing, washing, washing. Phew! Mountains of this stuff, really, I’m surrounded. Some days I feel like yelling out the window, “HELP! I’m surrounded by laundry and the hits just keep on coming!”

I’ve started the process too that can best be described as “the great upload.” I’m averaging about 8-10 images a day. I start by processing them and then uploading to a Flickr set and then, if it’s lucky or just apropos, it might end up here (like this lovely laundry shot. Tighty purple-ese, anyone? Seriously. What’s up with the purple undies? I guess it’s the latest in what Greek fisherman are wearing these days. Either that or he washed it with the red pants one too many times.) I’m taking my time but trying to get through the mountain that is the Compact Flash pile. Sometime soon, I promise.

Meanwhile, over in Flickr land, people are already starting to hate me. I sense there are at least a few folks over there who are pricing trips to Santorini for themselves (sorry about that!) and at least a few who are more than sick of looking at churches with blue domes. Blue domes, blue skies, blue railings, blue doors, blue everything. I used to wonder why the Greek flag was blue and white. Now, since I’ve been there and all, yeah, NO. Wonder no more, for now I know. The truth will set you free (er, so long as it’s blue and white, that is.)

And, speaking of freedom and such, should you happen across a giant talking pile of laundry, won’t you loan me a ladder or throw me a rope so I can climb out and re-join in civilization? It’s a bit difficult to shovel and fabric soften from down in this hollow. (We thank you in advance for your support. Donations of detergent can be dropped off should you be so inclined.)