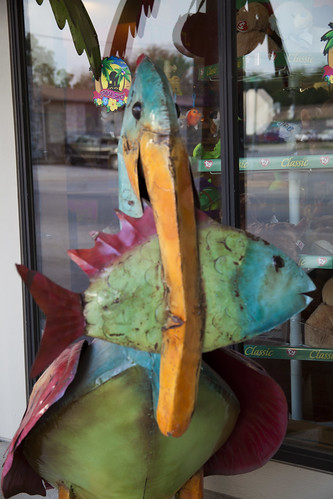 It’s raining today in River City. I mean, not just like raining but heavy rains with potential flooding. It’s really coming down out there. And, as luck would have it, today also happens to be Halloween.

Now, I thought about what potential this combination has to offer. For starters, there might be a few less kiddies out tonight. In the past, I’ve always purchased six bags of candy, this year being no exception but, this time, the bags have gotten a bit smaller. Now, this might work out in the end, since I might actually just have enough candy to go around, we’ll have to see about that. I’m seriously thinking about handing out fish, since it’s so wet out there. Think the kiddies would notice? (Why, yes I’m sure they would, actually.)

In other news, the Elfa stuff has been installed. I survived the great Elfa migration into my house and now have some serious shelving to show off. The biggest news here, and it’s something I was not prepared for, was the boxes. When I say “boxes” I mean, actually, BOXES. There were boxes everywhere! It was like I was barricaded in my home. Euf! Here a box, there a box, everywhere a box box. I managed to get most of them either tucked away or stuffed into my recycling bin but now the recycling day cannot come soon enough.

Still though it beats getting a fish for Halloween, doesn’t it?