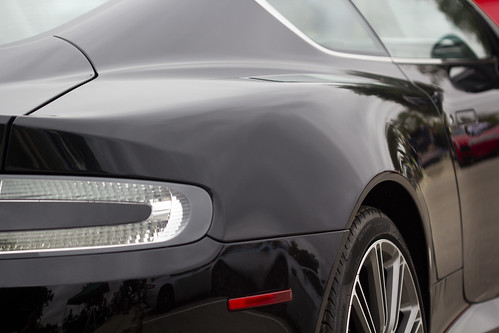 In Texas, where I live, your driver’s license expires on your birthday. This is actually true in many states. They do this for a reason, I guess, it makes you more likely to remember to renew it or some such thing. This year, as luck would have it, my license was set to expire tomorrow, which is my birthday.

Now, Texas has this nice little system where you can renew by mail if you haven’t renewed by mail the last time you were up for renewal (or some such thing.) Don’t get me wrong, the renewal process is actually pretty easy. It’s about $24 to renew your license. They send you a pre-printed form, which you just sign and mail in, along with your check. Easy as pie, actually, this entire process is. You can actually also go down in person, to the Department of Public Safety (we call it the “DPS” around these parts) and renew in person and I think you can even renew your license on the web now. They really are working to make this renewal process as easy as possible.

Of course, me being lazy and the way I am, I could not decide if I wanted to renew by mail or if I wanted to go in and do it in person. The form also said you had to mail it 20 days in before your birthday and, of course, I got lazy and forgot to send in the form. Then I felt that time was running out, and I might not make it to renewal in time for my birthday so maybe I should go down in person and yada yada. Of course, I never make anything easy and this too, the way I would do it, required a certain amount of mental gymnastics. Eh, me being me, what else would you expect, right? I *finally* decided to mail it in but, since I did this at the last possible minute and the post office is known for being slow, not to mention there was some kind of government shutdown and all, I half expected it to not show up on or before my birthday.

As luck would have it, my new license came in the mail today. Yes, indeed, as I got the mail today, there was the big, splashy “Texas.gov” return address and, tucked neatly inside, was my new license. I already have it in my wallet, tucked nicely away. Yes, I’m street legal once again, new license and all. Good for another seven years, or so they tell me. I’m here to tell you that today, on October 26th, the great state of Texas has in fact issued me a driver’s license, good for another seven years. This license, as you would imagine, allows me to drive on roads public and private, across all of Texas, as well as being honored in other States across the US. In fact, thanks to this new license, I can drive anywhere in the United States. Back and forth, up and down, there and back, on roads public and private, provided I obey the posted speed limits, follow any directives from the police, pay the involved tolls, and whatnot.

Meanwhile, off in Saudi Arabia, there were women driving today as well. These women were, in fact, breaking the law. Saudi law, you see, doesn’t allow women to drive. They (these women) aren’t allowed the opportunity to drive back and forth, up and down, there and back. Even if they follow posted speed limits, pay parking fees, tolls and all, they are still illegally driving. Nope, not allowed to drive, no matter what. Just because they are women. No driving for women, nope, not allowed in Saudi Arabia it would appear.

The irony of this was not lost on me. Here I sit, half a world away, too lazy to actually just renew my license. Even though I drive past the DPS office each and every day, I just couldn’t be bothered to pop on in there and renew my license. Nope. Too much of a hassle. I had better things to do. Maybe I’m just too lazy. Meanwhile, half a world away, these women, no matter what they did, were not allowed to drive. Imagine what they would give to be able to walk into a DPS office and come out with a piece of paper (actually a little laminated card) giving them permission to drive? Imagine how far they would be willing to go for the privilege of driving? The thing I sit here and take for granted, why, they just don’t have and cannot get, simply because they are female.

Today, on this day, October 26th, 2013, those Saudi women did something they weren’t supposed to do. They got in their cars and drove anyway. They did that and they filmed themselves doing it. There was a movement on YouTube and Twitter and all of the social media places. We saw hash tags and things like #DriveOct26 and #Women2Drive. There were videos posted of women in burkas driving through the street of Saudi Arabia, an offense which carries a stiff penalty. One woman was jailed for more than a week in 2011 for driving. Another women, just today, was attempting to drive to the grocery store and back. Armed with freshly purchased groceries, she was stopped by police and forced to wait until a male from her family was available to come and drive her home. (She was given a warning not to drive again.)

I think back on all of the times I’m too lazy to go and get groceries. I just can’t be bothered. The grocery store just “feels too far away.” (Whatever that means.) I think back on all of the places I’ve driven. Dirt roads in New Mexico, the streets of New York, down California’s coastal highways, to the Texas shore and back, heck even across parts of Canada. I drove in Hawaii on some lava rocks (that was fun!) and drove the turquoise trail, tracing steps of Ansel Adams down the back country of Santa Fe. I drove King’s Highway, Route 66, I10, Interstate 95 between Maine and Florida. I drove on the beach, I drove to the lake, I drove to the ocean. I’ve driven up mountains, across deserts, towards the sea. I’ve had passengers. I’ve driven alone. I’ve driven at night on back roads and highways. I’ve driven through parts of Mexico and once even right up to the country’s capitol building. Heck, I once even honked my horn and waved at the Texas governor (who also happened to be a women at the time and also happened to be driving. I saw Governor Anne Richards driving her convertible Cadillac in Austin and honked at her and waved once.) Women honking at women and waving to each other? Out in the open like that and not breaking any laws? Amazing really.

As I said, the irony of today’s events is not lost on me. Maybe the next time I feel I’m “too lazy” to drive to the grocery store or “I just can’t be bothered” driving over there, I’m going to think about this. At least I live where I am free and I can drive if I so choose to do so. I wish the women of Saudi Arabia had the same privileges.

So today, this day, October 26th, 2013, I say to them, “Go, ladies, go!” Drive you cars. Drive back and forth, there and back, across roads and bridges. Get your groceries, do your shopping, and live your lives as best you can. The women of tomorrow are counting on you to make this right and somebody has got to take a stand. There’s no reason, in this day and age, women should be denied the privilege of driving.

Ladies, you can drive my car anytime. Drive on, please, drive on. Go, ladies, go. May the women of Saudi Arabia drive to see another day.