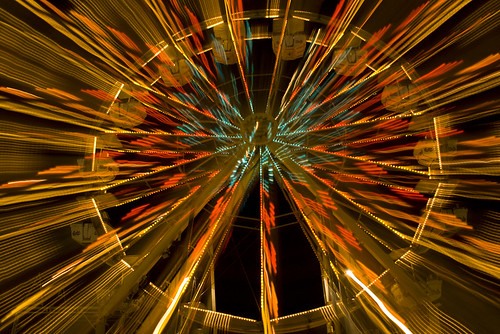 This morning, I was all set to sit down and write you a kickin’, killer, hilarious post (well, ok, maybe it wasn’t really all that funny but, hey, I can pretend, right? Besides, I was all out of words starting with the letter “k”) about some such thing or another, when I turned on my computer and it started making that expensive knocking sound.

Something that cars, computers, Carol’s, and a few other devices starting with the letter “c” have in common is that they should never knock. No, snowflakes, cars, computers, and the like should never knock, crack, creek, crackle, or make any kind of odd noises at all. Nope, not allowed. We’re not having any. Don’t you dare. Speaking as a former world dictator, now living in my own little world, I have declared that such devices, should they happen to make any kind of noise at all, shall make only happy “zoom zoom” noises. Absolutely no knocking of any kind is permitted. Maybe, just maybe, if you ask really nicely, we’ll permit something like a “vroom vroom” noise but only on a Friday and only when I’m in a good mood (actually, come to think of it, when am I not in a good mood on Friday?) Nevermind that, I have declared, when I come to power, my computer will immediately stop making that horrible, yet expensive, knocking noise and, so help me, I’ll kill it if it even thinks about spreading it to the car.

So, there I sat, all helpless, convinced that the hard drive, the main hard drive on my main computer-the “brains” behind Carol’s Little World, if you will-was about to blow. Not only was it about to blow, it was going to go down and take about 200 gigabytes of photos with it-all of New Orleans, all the field trips, all of Italy-it was all about to blow. Vaporize into the great “Carol Blue Yonder” a place previously reserved only for bad Christmas photos, tons of shots of Chase out-of-focus, a close up of my nose from when I was too drunk to point the camera ’round the right way, and the like.

At this point, instead of writing my blog post, with the sound of my unhappy hard drive grinding in the background, I started frantically backing up my data.

I’m happy (or maybe not) to say that I think I got most (if not all) of it to “higher ground” as it were. But now I’m stuck with the horrible hard drive, literally grinding away, wondering what the heck to do with it. I mean, come on, what could my hard drive possibly have against Italy and how, praytell, am I going to get out of this one?

I’ve taken to calling it a Mussolini drive and wondering what to do about it. I had been thinking about getting a new computer but, like most folks, was going to fend this thought off until either I could afford it or I absolutely couldn’t live without one. And now, I’m unhappy to say, it looks like “plan b” is staring me in the face.

Oh the humanity! If I don’t blog for a while, well, hate to say it, but it’s probably because I can’t, not for lack of trying. Wish me luck fending off the iphone mobs breaking into the Apple store.

Until next, maybe long, time…