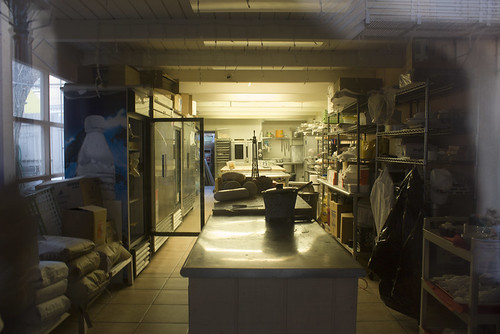 This is a shot I uploaded today in honor of the last season of Hell’s Kitchen. For those who didn’t catch it, the girl from Missouri won (nice job, chica!) Maybe, now that he has some free time on his hands, the cursing chef could cook me up a new hard drive. Eh, nevermind that, the last time I tried to eat computer equipment I found it to be way too crunchy-the metal bits gets stuck in your teeth and all. Not a good idea, if you ask me but, hey, maybe if he put a sprig of parsley on there, what with him being some kind of royal five star chef and all, he could cook it up a bit tastier. Gigabyte, anyone?

In other, less British news (why, oh why are such great Doctor Who re-runs wasted on an odd lot of folks who drive on the wrong side of the road and couldn’t tell a time machine apart from a wild free roaming sheep?) Kathy has made it back from Kansas, I’ve been busy doing lots of odd crap and I soon to have a new blogging friend to tell you about. Yes, it’s true snowflakes, I’ve corrupted, I mean, um “converted” (yeah, that’s it) anotehr of my friends over to the entire “flickr, blogger, I so need a life but here are my glorious megapixels anyway” existance known to the rest of the free world as “public blogging.” (Not to be confused with “public flogging” which is, as you know, is not nearly as fun, though a bit less painfull from what I’ve been told.)

I’ll put a link to the new website, photoblog, dark hovel of her inner mind once she gets going and feels more comfortable sharing in her site. In the meantime, I’m busy trying to help as best I can while printing, uploading, writing, and doing all of that while praying my hard drive lasts another day. Is that the sun I see rising? Crap, the vampire in me must rest now.