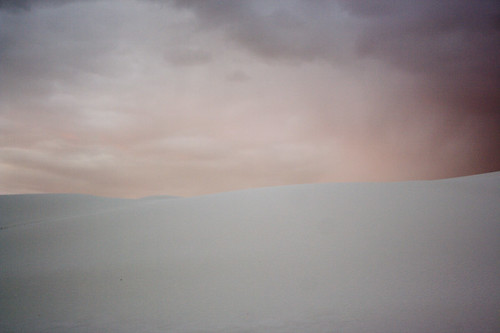 I hope that everybody had a happy and safe 4th of July/holiday weekend, ate more than their fair share of BBQ, and had a cold beer over this long weekend. For my non-US friends, this weekend was the 4th of July holiday weekend in the US and it allowed most (if not all) of us to enjoy Friday away from work. The 4th is a summer holiday where we celebrate our independence, light fireworks, enjoy summer music, relax, unwind, and all of that. I got to do a little kicking back, as well as a lot of sleeping which was much needed, believe me. For the first time in quite a while, I don’t feel “tired” or under the grind. I’m actually a bit more relaxed than usual, but not for lack of exciting current events.

For starters, KathyV returned from Kansas this week (Thursday, I think it was) and emailed me to inform me that, in some royal “screw up” at the film factory (yes, I said FILM factory!) Polaroid “mysteriously found” 4000 boxes of completely manipulatable Time Zero/SX70 film. If you act now, and I do mean NOW snowflakes (NOW as it, quit reading this and head over the Freestyle already, NOW, not “now” as in when you get a round to it now) you too can order some fresh manipulatable Time Zero film. But, in the spirit of all things fleeting, you must GO and I mean GO NOW, since they are down to about 600 boxes left, about 15 less since I spoke with them last actually. For those mathematically challenged readers out there (and you know who you are) yes, that does mean that I have ordered and will hopefully be receiving 15 boxes of manipulatable Polaroid Time Zero film. If I weren’t so well-rested (and knew how to dance, actually,) I’d jump up and do some kind of a jig.

In other, perhaps slightly less (but only slightly less!) exciting news, this image was accepted into a national juried exhibition to be held in New Orleans at the end of the month. In seriously “crazy but hey, it’s me so you should come to expect all of that and nothing less” news, I’m actually thinking about going to one of my gallery shows and spending a long weekend in NOLA to celebrate, visit the gallery, enjoy the booze at the opening, and all of that goodness and light. Yes, you read it here first, I’m seriously thinking about going all NOLA on you.

Polaroid film, manipulations, NOLA, God, it’s like 2005 pre-Katrina around here. If it weren’t for the White Sands photos and the complete lack of songs by The Killers on the radio, I’d completely swear I was stuck in some kind of a happy time warp and it was still middle of the decade or something. (Nice to meet you, Mr. Brightside!)