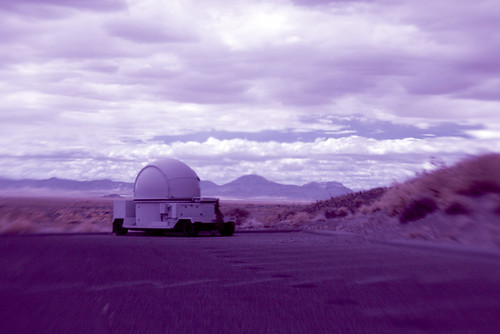 In the days after the end of the war, HalBot grew so despondent he contemplated suicide. He would wander around the grounds of the formerly top secret missile launch site aimlessly, closing himself off from the rest of the world, remaining tightly sealed. He never opened his top to enjoy the fresh summer air anymore, ignoring completely the idle chatter from random satellites that would fly overhead. He grew increasingly depressed and on the verge of suicide when he discovered that our budget had been cut yet again. We actually once caught him trying to roll off a cliff.

The catchy phrase, “Don’t jump! Don’t jump!” became our new battlecry, until one of our former nuclear scientists pointed out that HalBot did not, in fact, have legs and actually had wheels, which we had previously (and very cleverly) substituted for feet. Wheels instead of feet dictated that it was, in fact, impossible for him to jump off of anything at all, let alone a cliff.

Alas, we don’t know for certain what is to become of our once loyal HalBot, but we can say for sure that, unable to roll any closer to his impending doom, he’s been left to rust in a parking lot of the outskirts of town.

Such is the way of the bombmaker….