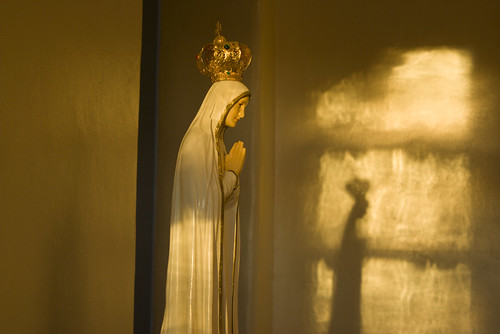 There’s this song that’s been playing on the radio a lot, and I do mean a lot lately. It’s called “Apologize” and I absolutely love it. I love the song, I love the band who recorded the song (they are called “One Republic” for the curious) and I absolutely can’t get enough of the whole entire package. Now, most of you who have heard that song probably loathe it due to the fact that it became extremely popular and subsequently overplayed on popular radio stations across the country. I get that, I really do. It seems like nowadays, nobody wants to admit to liking the popular. Anything that becomes popular, instantly recognizable in fact, risks being labeled a “sell out” and we all hate sell outs. Or, even worse, if it’s a popular song, it gets played to death on conventional radio stations. It’s like we get beat about the head with the popular so often we’ve all grown to collectively hate it so much. Everybody wants the cult, the clan, the inside joke, nobody wants to be mainstream anymore.

There’s something about the popular, everybody’s always trying to be slightly different, everybody wants to be unique. We’ve become a culture, a socity of the “not me, I’m slightly off” for better or worse, and that leaves the popular, the pedestrian, the normal out in the lurch. Nobody knows what to do with it anymore. It’s like a giant pig on the front lawn and we don’t even have enough lipstick for it anymore (to use a “popular” analogy.)

Ok, so shoot me. I sometimes like things that are popular. I love that One Republic song, I get excited every time it comes on the radio (still) and I listen to it like it’s going out of style (it is, actually.) I wear “normal” jeans a lot and I’ve seen Cats. I liked Die Hard and I prefer pasta to polenta. I sometimes take expected photography. I’ve seen The Stones in concert. I enjoy paintings and plays that everybody else does. What’s so wrong about that? I mean, it had to get popular somehow, right? Why can’t I contribute too? Do we have to start hating things just because everybody else started liking them?

In the spirit of all things popular, this is perhaps one of the most photographed statues in Santa Fe. Why is it so photographed? It’s not that it’s anything special (well, actually, I do like it. It’s pretty. And, pretty isn’t always all bad, is it?) It’s just that, well, something you might not notice from the start is how convenient it is. This figure is actually located in the dorm rooms at the Santa Fe Phootographer’s Workshops, and that, more than anything else, makes it very, very, very popular to photograph. (Very popular, I tell you.) Take a million photographers, all with gear, sitting waiting on a cab, and the law of averages dictates that they will turn their cameras to anything in the immediate vicinity that’s even slightly photogenic. And that, more than anything else, makes this figure very, very popular. Does that make her bad somehow? Do we not like her anymore, simply because she was there? Is it suddenly uncool to even appreciate her, just because so many photographers have had a go at her? I can’t say that for sure, but I can say I did photograph her when I had the chance-she was there and I thought she was pretty with the afternoon light on her, so I did it too. It’s a great statue and I’m not sorry i took a photograph of it too. In fact, I rather like mine, I’m fond of the pretty light and I’m glad that statue was there for me to photograph. It’s a beautiful statue actually. If it moved, I tell you, she’d be suddenly hip once again.