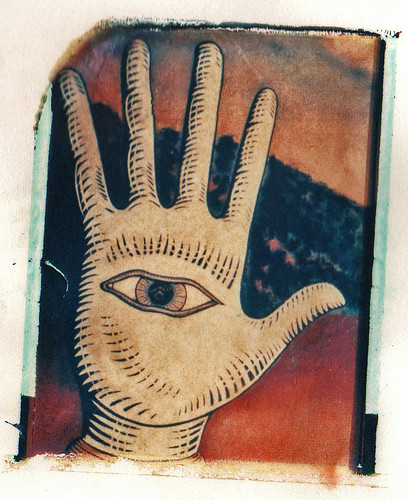 This week, Polaroid announced that they are shutting down a film-making plant in the northeast. Over the past year or so, slowly and quietly, Polaroid has stopped making instant film cameras. Without any film and without any cameras, the Polaroid that we all once knew and loved is no more. (For the curious, they are now making large screen TV’s.)

When I was a child, before I really got “into” photography, Polaroids were sort of considered to be almost “toy” cameras. Since they were instant, you didn’t need a darkroom, heck you didn’t even really need a lab, they were the sort of things teenagers would play with. They were fun and cute but they weren’t taken very seriously, at least not to the masses. (Or so it seemed.)

Behind the scenes though, some very high-end professionals were using Polaroids. Even though it might have been considered “uncool” or “common,” there were some powerful high-end photographers using that instant film. Some of our favorite photographers today used Polaroids back in the day-so much so that it became sort of commonplace to see medium format cameras with Polaroid backs. The way it worked was the photographer would shoot the Polaroid, everybody would look at it, agree upon it, like it, and then they would switch and put “real” film into the camera. Secretly, we all loved the Polaroids, sometimes more than the resulting prints.

There’s just something about Polaroids. In technical terms, I can say that their gamut is off, their focus a bit soft, they aren’t quite “right” in so many ways but, the reality is (or was) that these very qualities are what made the Polaroids sort of magical. They were instant, they were fun, they were cute, they looked differrent. In a rectangular 35mm world, many of them were, literally, square, but they didn’t care.They made square happy.

There are so many great photographers who have done great things with the cute little instant picture-spitting cameras over the years that it seems very sad to close the book on Polaroid. For all of their “toy” qualities, there were some seriuos optics under some of those hoods (if you want to see some high-end specs, checkout sometime the specs for the early Land cameras. They were serious cameras, hidden under an “instant” disguise.)

Not to mention, there were some fantastic Polaroid transfers, maniupulated Polaroids, emulsion lifts, and a host more. Entire artists have built careers around the “little instant camera that could” and for all of these reasons and more, I’m sorry they are gone.

RIP litle buddy, you’ve taken a lot of great “snaps” in your day.