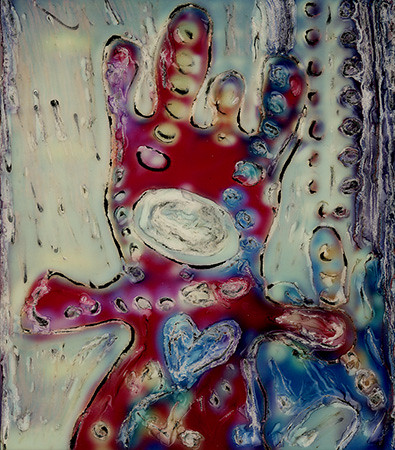 As it turns out, I was quite on topic yesterday, talking about the death of the Polaroid. There was a large article on the homepage of cnn.com and also on the BBC website talking about the very same topic. American Idol also had their “top 24” episode where they have Polaroids of each of the contestants, spread out on a big table, used to help decide who advances and who stays out of the competition.

As the CNN article pointed out, Polaroids are used somewhat extensively in medical imaging. Not just the “snappy snap” type of Polaroids we like to use either, in case you didn’t know, Polaroid used to make larger “sheet film” that was like 8×10 in size. A lot of medical applications used Polaroids for grid patterns, sheet film to help aid with reference locations for X-Rays, and a host of other imaging. Sadness over the death of the ‘roid extends way beyond fields in the art world and stretches to anthropology, medicine, and law. We’re all going to miss you, little “snappy snap” buddy. Oh how we hate to see you go. All we can do now is hope that Fuji steps up to the plate.

And, speaking of “stepping up” or actually more like “stepping out” tonight is my gallery opening over at Tiru. Barring some heavy rainfall, I’m going to head over there after work to check out the show, which promises to be, well, pink, pink, pink (It’s called “Pink Amore” and it’s a benefit show.)

Somebody should have a benefit for Polaroid. We call could really use one right about now.