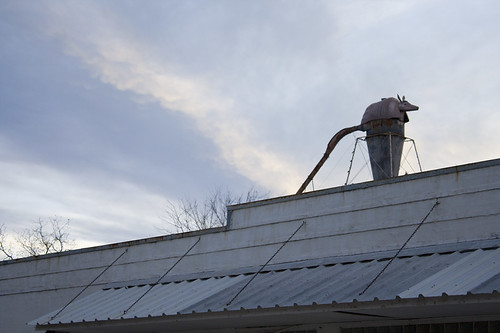 Ah, how I love living in suburbia. Let me count the ways.

In the “yuppie wanna-be” subdivision where I live, every Wednesday is a day the locals like to call “garbage day.” What’s garbage day, you might ask? Actually, you probably won’t, since it’s pretty self-explanatory but, just in case, it’s the day we wake up at the crack of dawn, drag our properly labeled, properly sized, “don’t forget to put the handle facing the sidewalk” garbage bins, along with our properly sorted, correctly colored recycling buckets out to the curb. (No glass, only plastic, cardboard must be folded. Thanks for playing, here’s your consolation prize.)

In the days of old, garbage day used to be pretty easy, and it’s supposed to be easy still. It’s supposed to work like this: You just drag whatever you got that you want to throw away out to the curb, and the big truck will come and take it away. Not anymore. The “policially correct police” have taken over “garbage day” and now it’s an exercise in frustration. You need a PhD to clear out your rubbish now.

For starters, you have to have the correct bin. In my town, at the start of the year, we got a new waste disposal contract, so this meant that everybody had to switch from green bins to black bins. Should be easy enough, except that, well they forgot to tell some folks about the switch, nobody was sure of the date, they forgot to hand out some of the black bins before the cutoff date, and so on. It got so confusing that, as I drive through town, I still see an odd green bin overstuffed with trash and, I’m assuming, somewhere inside that house is a poor lost forgotten soul who didn’t read the memo and is now stuck with post holiday trash that won’t go away, can’t come back, and is now just stuck in a sort of “rubbish pergatory” I don’t even want to think about. The recycling is even worse-I won’t bore you with the details but, suffice it to say, if you or anyone you love dearly desires a big, ugly green recycling bin (now out-of-fashion since “black is the new green”) contact me offline and I’m sure I can make your dreams come true.

This morning though, was perhaps the ultimate in the suburban nightmare of “garbage day.” This morning, for some reason, my gargabe truck rumbled through the ‘hood sometime around 7:04, a far cry from the usual 9:45. As you can imagine, some of the folks who don’t get up that early didn’t quite make their “properly labeled, properly sized, oh-so-fashionable black bins” out to the curb by that time. So, what did the waste management agency do about this? Leave us notes.

Yes, you read that right. We each got a little “you were denied service this morning because:” along with a bulleted list of items (including “your handle was pointing the wrong way” not to be confused with “your bucket was overflowing” mind you.) There, checked off on our collective little “you were naughty-no garbage pick-up for you!” notes was “can not placed at the curb by 7 am.”

Ah, suburbia. What can I say? Now my neighborhood is going to be littlered with millions of these little check box forms, the garbage is still going to be at the curb for another week, and pity the poor fool who tries to go on vacation or otherwise doesn’t want to put garbage out at the curb. Imagine coming home from Europe after a month’s vacation, knowing you’ve stopped the mail, the papers, and basically taken care of the house, only to find six weeks with of “check box” forms stuck to your front door, proudly informing you that, while you were pissing away your time off in the south of France, your garbage wasn’t put out at the curb by 7 am. Ah, the joys of suburban living. How I love it here. Let me count the ways.

Come to think of it, I’m sure they have a “contractually approved” little checkbox form for that too.

Until next “garbage day” that drove me mad….