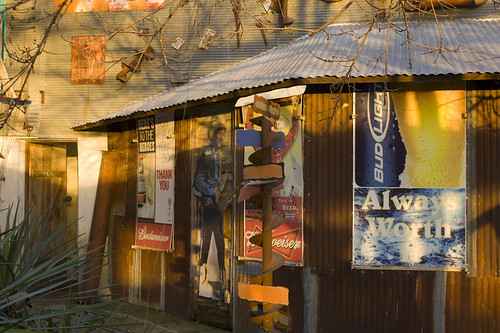 Ok, ok, so it was “super fat Tuesday” this week and I totally missed the boat. Tuesday was FAT TUESDAY and did I remember? Nope. The day New Orleans bursts into Mardi Gras, the day Venice bursts into Carnivale, the day Rio…well, Rio does something, doesn’t it? (Rio-ovians, as I like to call them, are always up to something, and that something ususally involves a big party, some costumes, and lots of drink.) Did I remember any of that? Nope.

Tuesday was also “super Tuesday” (the day a lot of Americans get out and vote in primary elections for the next candidates.) Did I go out and vote? Nope. (My state’s primaries aren’t until later.) Did I blog about other people voting? Nope, missed that boat too. And, just to add a cherry to the top of my “missed boat” sunday, this Sunday was, in fact, the Super Bowl! Another boat, another miss. (Though, I will say, this year I did manage to stock up on potato chips before the big game, even though I didn’t watch anything but the end of it.)

This week also marks the end of the American Idol “cattle call” auditions, which I’m actually happy to hear. Truth be told, I was sort of growing bored with it all this year. Here’s hoping the “Hell week” is extra hot this year because, well, super fat fly Tuesday or not, I’m more inclined to watch “Top Gear” than I am American Idol (*yawn*) these days. (Speaking of all things ‘Gear related, the American version of ‘Gear is set to air on March 4th-coming soon to an NBC near you. Latest rumors are that “celebrity hosts in the running” for the top spot on American Top Gear are Jerry Seinfeld and Jay Leno, though there’s no confirmation for any hosts just yet.)

With all of these super fly happenings, it seems like the cosmos is in overdrive and I’m just sort of stuck on the shoulder. Not much going on, just enjoying watching it all unfold. I am enjoying the uploads from Johnson City, though. Man, is that a great place to photograph. I love it there, and will have to get back there sometime. It’s filled with so much potential, believe me. All that rust, all those signs, flying bicycles and gears stuck to everything. I’ll have to get back there when there are fewer shadows and there’s more green than just winter plants.

This is actually a bar named “Rusty’s.” I’ve heard so many jokes about bars but, even so, one has to wonder, when “a guy walks into a bar…” where would he walk around this place?

Well, no matter where he picked, I’d sure it would be super fly fat Tuesday once the punch line hit.