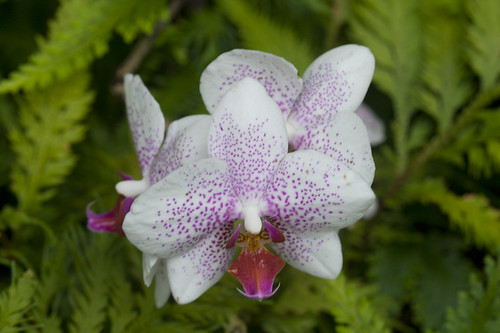 For those unfamiliar with the penal code in most of the United States, crimes are usually committed on a state and local level. The expression “don’t make a federal case out of it” comes from one of our founding fathers, James Madison who once wrote (in The Federalist) that federal crimes should be reserved for things like, “external objects such as war, peace, negotiation, and foreign commerce.” In more modern times, criminals have been known to cross state lines while being chased in “hot pursuit,” simply because, well, the food is said to be better in the national pokey. (Hey, I never said that all criminal minds were the sharpest knives in the drawer, ok?) Certain crimal activity, such as kidnapping, bank robbery, as well as any local crime that involves crossing a state line can be legally tried in the federal court systems. (Now you know.)

What does all of this have to do with anything?

A few “crossing state lines” and federal cases have come up recently that are of direct interest to, well, me (and this blog is still all about me, right? I mean, this is still my little world, last time I checked, right?)

For starters, CraftyGuy got the camera yesterday. Yes, you read it right, the great “contraband swap” (without, well, any actual “contraband”) has actually been committed. My soon to be infrared camera was delivered to lifepixel, CraftyGuy has his camera, and life goes on. Several state lines crossed in the process but, hey, the feds are none the wiser.

And, while we’re on the subject of “wiser feds” a certain “un-boopable” actor, yes, you read that right, none other than Nicolas Cage himself is having tax woes. It seems the good Mr. Cage ran into some problems trying to declare certain items that were not, in fact, tax deductable. And how did I hear of this, mind you? The other day, while driving in my car, I had the radio on (same as always) and my local station brought me one of those “Hollywood minutes” that, well, let’s just say, seems to last way longer than a minute. It started out with “noted Hollywood actor Nicolas Cage has gone all Wesley Snipes on us and forgotten to pay his taxes.” The radio went on to say that he tried to deduct all sorts of things like limo rides, fancy dinners, and the like, which weren’t actually allowed and he’s now facing a pile of fines for trying to slight the tax man. (And, well, I don’t know who, exactly, Wesley Snipes is but, by now, I know better than to ask.)

Does this mean the feds will finally pull the boop out of the Tivo and I’ll finally get to watch something other than fifty nine re-runs of “Racing with the Moon.” Does this mean that Mr. Cage will go all “Paris Hilton” on us and have to spend some time in the “big house?”

Nope. Never happen-not in this lifetime. You know how I know? In his line of work, bribes to the TiVo service are, in fact, tax deductable. Just think of all the witnesses he could pull on that one-all the crying children, sad grandmothers, disgruntled men, he could parade on the witness stand. “My two year old was trying to watch Romper Room,” the young mother wiped a tear from her eye as she testified, “and the next thing I knew, there were hookers in Las Vegas and your defendant was drunk parading across my TV set.” Sob. He’ll never do any hard time for that and, let’s face it, we all know he’ll end up fingering the Tivo in the end anyway. (Here’s hoping Law and Order re-runs will one day come back from the TiVo abyss.)

PS Oh, and, in case you’re wondering about the flower, it’s from the botanical garden in Kona. A place that’s pretty much impossible to get to without crossing state lines-unless, of course, you are really that good of a swimmer.