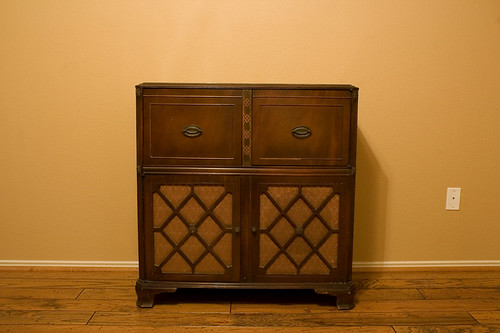 It’s Friday! Yes! Another end to another week. I hope you have great plans for the weekend. I’m going to (finally) try and get my house together. It’s in bad shape and I need to fix it up before I go to Santa Fe.

Speaking of Santa Fe, we’ve started what I like to dub, “the great camera swap of 2008.” The way it works is: I got a new camera. I sent my old camera to be converted to infrared, so that I can (finally!) shoot digital infrared. I sent my other old camera to CraftyGuy so he has a DSLR to use for shooting. Now I’ve got a new camera (same make/model as the previous, only now it comes in black) and I will soon have a DSLR that’s been converted to shoot infrared. (Once the good folks at Lifepixel are done doing their thing, that is.)

Now I just need CF. And, um, a clean house. Maybe not in that order (actually, maybe exactly in that order.) You get the idea. Must clean house, clear compact flash, get a hair cut and do ten million other things before my trip.

This is an (almost sharp) image from my new camera. It’s an old antique radio that I’ve had for a long time, left to me by my Grandmother. It actually still works, though you can hardly tell. The fancy grates on the bottom are actually speakers and one of the top “drawers” opens to reveal not only the dials for the radio, but also a pull-out turntable (a “real” turntable, not one of those newfangled USB things-this one actually goes to 78!)

Lucky me. It’s all that, and it’s Friday on top of it!