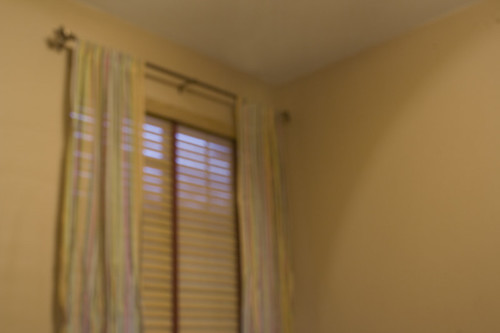 From one kind of softness to another, this is one of the first shots off of my new camera.

I didn’t really get a “new” camera, I just got another one like the one I had. You see, I waited for the good folks at Canon to come out with a newer version of the Rebel and, when they did, I noticed that it was expensive, it used SD memory (not CF) and it didn’t really have any of the features that I wanted. Meanwhile, back at the ranch, the prices on the older Rebels started dropping-dropping to clear away room for the newer models. So, I snagged me an “older” newer camera. Yes, you read that right. I actually purchased the same camera I had been using for less money than I originally paid. Go figure.

But, it appears to work. (The blurry, soft stuff is from me, the camera actually works just ducky, in case you were wondering.) I ran around and did some test shots this morning, interiors mostly, just to check it out.

If only I could get a “new old” kind of imagination. Now *that* would be a major purchase.