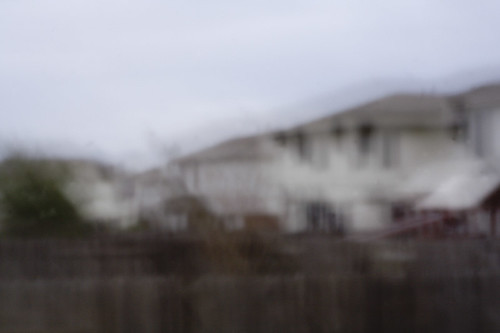 Speaking of pinhole, lensbaby, wildly out-of-focus, and the like, I was contacted by the good folks who make the lensbabies the other day, asking me how I felt about their product.

I love my lensbaby. I love the soft focus, tilt-shift like springy-ness of it’s plastic bellows. I love the soft feminine look of the lensbaby shots. The only reason I don’t use my 3G more is because I usually stick to my original.

I have a lot of photographer friends. Some of them shoot stuff that looks like mine, others, well, let’s just say they shoot more “traditional” type of work. They make fun of me for being all out-of-focus and soft. They make fun of me for not using autofocus. They make fun of my lensbaby. I don’t care. (Really, I don’t.) I’ve been a photographer for a long time. I know where the auto-focus button is on my camera. Been there, did that, got bored with it. Tools like the lensbaby (and now the pinhole) allow me to express myself better. Anybody with a half-way decent camera can take a picture that’s in focus. Let’s see what you can do when you throw it out. Let’s see how you can make stuff abstract. Let’s see some “you” and not just what the camera dials found while out in the field today.

In a way, I really hate the lensbaby. If a picture comes out “bad” with my lensbaby, well, it’s my fault. I can’t take the “easy” way out and blame the “damned auto-focus” for not going off or the flash for not firing. The lensbaby is all me-I’m in the sqeeeze, right in the middle of it and, if it sucks, well, that’s all me too. It’s easy sometimes to make excuses, it’s hard to make expressive, fun images-that doesn’t mean we shouldn’t try. It’s hard to look past the ordinary, to “embrace the blur” as they say, but when we do it, and it comes out right, it’s fantastic. Wouldn’t you rather have “fantastic” over “ordinary” any time?

So, yeah, my friends can make fun of me all they want. I’m happy with my soft, out-of-focus fun stuff. It’s more fun for me and I think it’s way more expressive. It’s what I want to do and where I want to be right now with my work. Someday, maybe, back to f16 crispy sharp focused work but, for now, it’s “embrace the blur” full tilt (excuse the pun) ahead.

Of course, I’m still really scared of somebody going out and making a horror movie with that damned lensbaby “film” lens. That sounds downright horrific and I can’t say I wouldn’t run from that. (There’s fun and then there’s, “Holy Crap, Batman-look at that…” right?) I mean, could you imagine that thing in the hands of somebody like Rob Zombie?

Oh the horror of that blur!