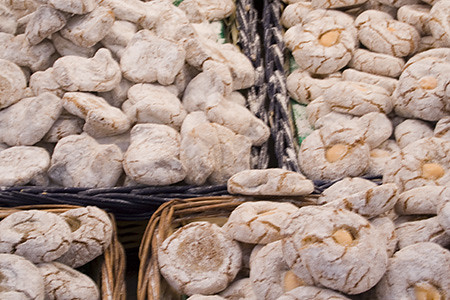 Oh, ok, I admit it. One of the “dirty little secrets” you don’t know about me is that, even though I’m not the world’s best cook (by far!) I’m frantic in the kitchen. I start running around, banging pots and pans, frantically hurling stuff about the place. I get really worked up over little things, you know, like, “Oh my God! That water’s about to BOIL…” (as if. I’ve got it sitting in a hot pot on the stove, over a fire-what else should I expect it to do?) I run around with flailing limbs and flying spoons. I scare the dog-he runs and hides under the couch sometimes-when he’s not busy begging for food or scrounging underneath me hoping something tasty drops becuase, well, as you know, I’ve got bad aim and often miss when I hurl stuff around the place. The phone rings, the laundry finishes, the Compact Flash upload goes “beep beep” (Yes, believe it or not I do sometimes upload the stuff. Sometimes, that is, when I’m not busy running out) another pot lid crashes into the sink. It’s all part of my daily routine.

With all that I do, cooking is just too stressful. I do somehow (magically) like to bake though. Maybe because dessert is a reward, maybe because cocoa is addictive, or maybe because baking reminds me just a bit of painting (which toally relaxes me and is something I can do) I actually like to bake. I don’t know what (or why) it is but cooking = frantic while baking = relaxing.

Of course, we’re coming up on Thanksgiving and I have to bake (a lot) and I’m dreading it. I’m starting to feel like soon I will be reduced to nothing more than my oven’s be-atche, and I hate that, I really, really do. I don’t hate it as much as cooking but, still, you know (Of course, being a complicated kitchen wench that I am, I also have been getting this strange craving for snickerdoodles-go figure.)

With Thanksgiving right around the corner, at the start of this “baking season” all I can really say is: Please, for the love of God, money, and great American muscle cars built before 1973, go easy on me, Mr. Oven. I don’t deserve your wrath yet again this year now, do I?