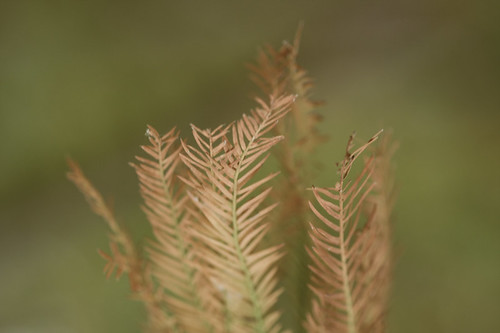 Those of you who know me (all three of you. *Waves*) know that, lately anyway, I’ve been on a specific photographic “kick.” For the past year or two (ok, maybe three or four actually, I can’t recall) I’ve been doing these sort of soft, feminine, willowy types of images. Nothing hard, no hard corners, everything sort of rounded and full of grace. In part, maybe because of the lensbaby, everything’s been slightly off focus, intentionally soft, with a decided feminine twist. Ok, I admit it, I’ve been taking “girly girl” photos for a while now.

An interesting thing about this type of work though, is that, if you look back at “photographic history” (even mine) as it were, you’d find that one of my biggest influences is Mapplethorpe. While he wasn’t quite “soft and feminine” he did have a certain softness to his work and he had that exquisite light going on. Even though I feel as if I’ve been copying him all this time, I really haven’t-it’s not quite the same “vibe” (if you’ll excuse the random 60’s word intrusion.) Uta Barth? Sure, she’s been a huge influence too but she’s more abstract minimal. Elements of that sneak in (at time, more “sneaky” than others) but that’s not quite “it” either. It’s not quite Michael Kenna, Joyce Tenneson, or any of my other multiple influences either. Sure, they all make “casual” appearances but nothing’s quite “it” (as it were.)

So, by now you might be wondering, if it’s not Robert and it’s not Uta, and it’s not Kenna and it’s not any of my direct influences…who is it then? I’ve thought about this too and the answer might very well surprise you.

My entire “photographic career” as of late has been approximating pinhole photography. Yes, you read that right. It’s all about the pinhole. I’m actually trying to get “that look” using the lensbaby, desaturating (or working in sepia) softening, focusing, using blur, it’s all part of the trademark pinhole look.

I recently saw some absolutely stunning pinhole photographs taken along the shore in Britain. It was so beautiful, it left me speechless. Stunning really, so evocative and dreamy, like entering into another world.

Then, a few weeks later, somebody posted some directions in an on-line forum that I read regularly something about “how to make your own pinhole.” I remembered that I had seen some “home-made pinhole” type equipment that works with digital cameras for sale at another popular on-line “photo hovel” (where would we be without these places?) This got me to thinking…Isn’t it about time I did some digital pinhole work? Isn’t it about time I ordered the $30 in equipment that I need to do this, plunked my butt down, and actually started doing it? Why continue faking it when I can become “the real deal?” Wouldn’t late autumn and the bare trees and barren landscapes of early winter make a great time to try some pinhole photography? (Ok, I really want to go to the English lake district but I still think I could do some really interesting stuff right in my own backyard with this.)

And so, Carol’s off and another new photographic experiment is born. This time though, I think it’s really going to stick because, in some odd way, I’ve been unknowingly working up to it all along.

No “until next time” rather “wish me luck….” today