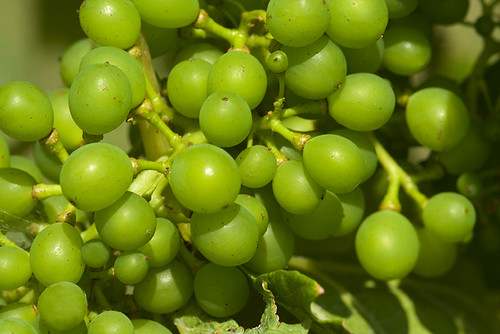 And the grapes have it. Yes, my snowflakes, the annual “big project” was decided last night. Really to nobody’s surprise, we’ve selected to do a study on wine-making in Texas (hiccup!) Somehow, I knew, I just knew the booze would win out over the other “more serious” topics.

Just so you don’t think we’re “all fluff and no stuff,” the true crime topic was very popular, so popular in fact, that I’m not dropping it. I’m going to organize a “mini-project” (which just might end up being a website rather than a formal gallery opening and the like) centering around true crime in Texas. I really want to do this project, actually, I’ve been itching to do it for a while, and this will provide me with an excuse to get back into doing some “serious” type of work.

I’m actually somewhat glad we didn’t select the true crime as our “big project” though because, while it would have been a “supercool” project to complete, finding gallery space for that type of show could have been damn near impossible. It’s not the sort of “pretty” show you can stuff into a gallery that wants to move tons of bluebonnet photos nor is it really the type of show that would go over in a restaurant or other more informal setting. (I don’t see “Corpses: Coming soon to a Barnes and Noble near you” in our future anytime soon now, do you?) Even so, it’s a cool project and so I’m very happy it didn’t get dropped entirely. (And a bit surprised, frankly, that so many people went for it.)

It’s always hard selecting projects. At first it seems like you’ve no clue as to where to even begin, then you get inundated with ideas and overwhelmed with selections. After that you’ve got to decide and you feel as if you can’t seem to narrow it down to just one. And, you know, you just know, some of the “leftovers” would have made for really cool projects on their own. What a relief when it’s finally down to just one.

Now that we have some proper direction, it’s time to think about making the project come together. I anticipate a few field trips, a bunch of still life setups featuring local wines, and maybe some “wine tasting crawls” to go along with it. I can hardly wait for spring when things start blooming again though, I’m told, there’s something going down year round in our local vintners.

Hiccup! Pass that bottle around, will you?