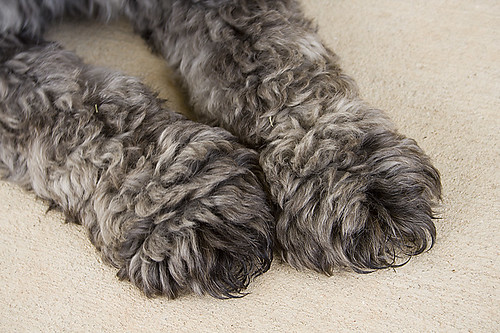 It would appear that my TiVo has cleared up enough space and has started making suggestions to fill itself once again. Ah yes, the joys of TiVo. It’s like a gift that keeps on giving long after the antibiotics have settled.

One thing I’ve discovered in TiVo-land is that, if you keep the hard drive pretty full and the TiVo is kind of new, it doesn’t make many suggestions. But then, at some point, you start to clear off space, you “unboop” just enough CSI re-runs, old House episodes, and the like and it thinks you want to watch more TV. So, it starts recording. And, of course, making suggestions. That’s where the fun really starts. TiVo suggestions are a barrel of laughs disguised as prime time programming.

Each TiVo, it would appear, has it’s own little “personality.” My TiVo in the living room likes crime dramas (oh the horror! But then, if you read this regularly, you know all about that.) It’s all but going to “bump someone off,” I just haven’t been able to figure out who yet. Thank goodness they ended the Supranos, right? And, don’t even get me started with that weird love/hate relationship with Nicolas Cage. That’s just inexplicable.

The TiVo in the bedroom, it seems, has different plans for me. It’s started to record lost episodes of “America’s Next Top Model” and “Iron Chef America.”

Now, don’t ask me why. On the surface, those shows don’t even appear to go together-models don’t eat, chefs aren’t typically pencil thin-but, somehow, TiVo has connected them both to me. Brought them together in some sick, twisted, TiVo souffle. TiVo, apparently thinks I want to be a model who knows how to cook. (Pass the celery, anyone?)

Bulimia aside, I know it’s just a matter of time before TiVo has it out for me. I mean, do I look like a model? Or a chef? I the least photogenic person on the planet and my idea of “fine dining” is the delux mac and cheese edition. Oh, I know enough about life with TiVo to fully understand how this is not going in a good direction.

Speaking of mac and cheese, have you seen the new mac and cheese offereings that come in little cups now? Talk about convenient! If they had those back when I was in college, well, crap, my grades would have been better. No cleaning a pot, no owning a collander, just add water into a little cup, three minutes in the nuker, and presto! It’s instant lunch.