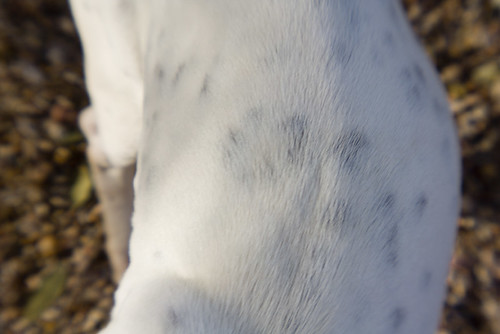 So, my TODO list has started to shrink a bit. I’m starting to feel like I have a lot to do but that’s I just might be able to get it all done before my trip.

I got my haircut, got my car inspected (more on this later,) got some watercolor paper, got my prints ready for the show (I’m all finished with that,) cleared off some papers, didn’t get my computer back (it’s not done yet) and did a few other things. I still have to do my taxes, attend photo group tonight, finished getting my car repaired, and lots more.

And, I did all of this in the snow. Yes, I said snow. It actually freaking snowed on Saturday. Even in the snow, I got my car inspected, put new tires on it, got my haircut, went to Jerry’s Art-o-rama to get watercolor paper, got some shorts and jeans that fit (!) and did a few other things. Saturday, I was super-woman. Today, I feel like I’m going to collapse. We did have a happy Easter though, the food was fantastic. Roasted chicken with veggies and all the trimmings. (Even some of Little Richard’s “CRANBERRY SAUCE!” God, I love that commercial.)

Sometime last Thursday, my car started making this weird noise. Hard to describe other than to say “weird.” So, I took it to be inspected and the guy said (after a multi-hour long wait) that it failed because I needed new tires and that the rear brakes were bad. So, they put new tires on, and told me I had to go back Saturday to get them. Then, when I was there Saturday, he said that they “dusted off the brakes and they seemed ok,” so they passed me on the inspection. The noise, however, persists. (And, one really has to wonder, can you “dust off” brakes? But, then again, I really don’t want to know at this point.)

I made an appointment to take it to the dealer, to check out the odd noise. I brought it in this morning, and start telling the guy about the noise. I was like, “it’s some kind of a weird noise.” He asked if I could drive the car around until it made the noise again.

My first thought? Great, now it’s not going to make the noise. But, my fears were unfounded, it did make the noise. The guy from the dealer looked at me and said, “it sounds like you’ve got Chewbacca in there.” That’s actually the best description of the noise I’ve heard. It’s a Chewbacca yowl.

So, now I’m running around like a mad woman, trying to get all this crap done before I go to Hawaii with Chewbacca yowling in the trunk of my car. (Well, at least it’s not Nicolas Cage trapped in the TiVo anymore. Man, that was brutal and I don’t even want to think about what kind of yowl that would make.)

Speaking of yowl’s, Mr. Cage, and all, tomorrow’s American Idol. I wonder if the good (!) Mr. Cage will sign up for the big AI special and, if so, what THAT would do to my TiVo while I’m on vacation? It would be like a giant black hole exploding in space and I don’t even want to suggest the yowl that Sanjaya would emit. (Somebody, save me!)

Chewbacca, hate to say it buddy but, I always liked R2-D2 better. Now, go away! Don’t you have some cute Wookiee to go off and mate with already? Leave my poor car alone!