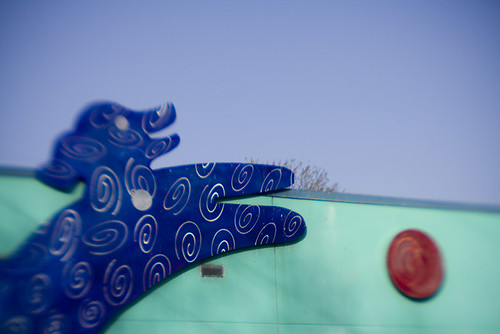 Looks like the Austin Animal Attraction show will be going up April 24th at the Austin Bergstrom International Airport. From the looks of things, I’ll have two images in the show, although I don’t know where they’ll be hung or if both my images will be used (for now. More on this later.)

I got a really nice guide book for my trip. I saw pictures of the green sand beach, which really intrigues me. In Hawaii, I’m told, they have black sand, green sand, tan (or sand-colored, I guess) sand, and white sand. And they are all different. Go figure.

I still have not done my taxes or ripped enough Compact Flash but, you know, if it weren’t for the last minute, nothing would get done. Tonight I’ll try making a dent in the CF but, even if I don’t, I’m not worried. For the first time in a few trips, I feel like (probably because of the laptop) I’m not going to fret about backing up my stuff. Freedom will be mine, I’m going to seize it by the horns (or, um, the card reader, as it were.)

Of course, now that I’ve said that, some wayward shark is probably going to eat my camera on the first day of my trip but, you know, that’s just life, isn’t it?

(The more I take pictures, the less I think I actually take them-the more I think they are given to me, and that I, in fact, only get the ones I’m supposed to get. Funny how life is like that sometimes, isn’t it?)

Camera, sharks, Compact Flash or not, I’m still going to have a ball.