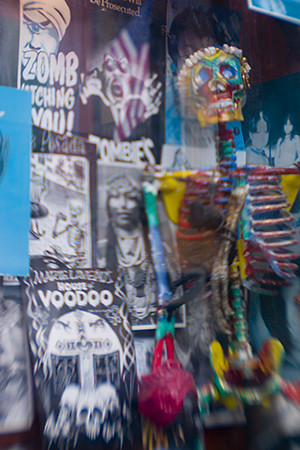 Happy Fat Tuesday, y’all! It’s Fat Tuesday in the ‘Quarter today. I hope the party’s going strong because, as we all know, it’s shuts down once that clock strikes a hand of twelve. The fat lady sings, the drinks stop flowing, and all the sinners, well, let’s just say, “repent! I hardly knew ya!” They say the motto of Las Vegas is “what happens in Vegas stays in Vegas.” You could almost say the motto of New Orleans is “what happens in New Orleans says between me and my Voodoo Pristess” (or Priest, as the case may be.) Sure, the church gets involved but then, doesn’t that just make it all that much more naughty? You could almost argue that it’s more fun in NOLA since it’s better to be bad and bad is better than just wasted but that’s probably an argument best saved for another day, and maybe even another city. Today’s Fat Tuesday, y’all, go have a drink for me!

Had my bad self some King Cake yesterday. Didn’t get the baby. Lucky me (or, um, unlucky me, as it were, seeing as now I don’t have to buy the next cake but I miss out on one year of good fortune.) It’s horribly sweet cake but I always feel I must partake, even a smidgen. What other time of year can you eat something that’s purple, green, and yellow and not suspect salmonella or something entirely more sinister (then again, with the Voodoo Priests running about, on this their “high” day, maybe sinister’s not such a good thing.)

Just when I was starting to think that all the voodoo stuff was doing nothing for me, “old hat” and all, I got in the car, listened to some happening jazz music and several authentic Swahili renditions of Iko-Iko (I never do tire of that tune) only to start thinking about Storyville and Robby Robertson. I click on the podling and what’s the first song off the shuffle today? “Somewhere down the crazy river…..” Yipes!

Voodoo’s kind of like that thought, isn’t it? Just when you start not to believe, it drags you back in again.

But then again, you could almost say the same thing about New Orleans itself, couldn’t you?