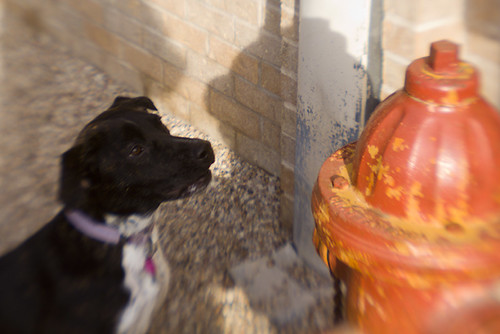 In the “I’m sure I’m not the only one to notice or the first to point it out” department, this years’ contestants for American Idol are all over the map. At first listen to the men of the week, I was, like most folks, quite disappointed. Sure, there were a few good men (hey, that should be a slogan or something) out there but, for the most part, the testerone-poisioned of the lot left me a little, excuse the pun, flat. Last night was ladies night and, wow, what a twist. The show stopper at the end was just icing on the cake, the ladies trampled the men all over the map this year (and, to quote Ginger Rogers, “they did it in heels” too.) Paula Abdul was not the first (or last) to say it but, “you go, girls!” I honestly hope the Idol winner is a female this year. Oh, how I do miss Ace, my helpful hardware man but, damn, the male talent is just so not-up-to-par this year. What’d you do with the money, fellas? We’re sure you didn’t spend the money your Mommas gave you on singing lessons, like you told her, so like, was it online Bingo! Was that it? Ok, I get it. You had to finance your crack habits and internet porn somehow but, geesh, trying to pass yourselves off as singers at this stage of the competition is just outlandish, even for Idol, so like give it up and go back to waiting tables already.

Since this is my first grande Idol rant of the year, this would be a good time to “pick on” Paula. Will somebody tell me why Paula is so picked on? What did she do? People keep saying she doesn’t have Coke in that glass and that she slurs her words. Have you seen some of those contestants? After listening to some of these people sing for 18 hours straight, all the time pretending to be kind, and lend them an ear, wouldn’t you slur your words too? I mean, personally, I think it’s a wonder she can speak at all. Did you see that women who was dressed up like a chicken, 50 years old, and thought that she could actually sing? Nevermind slurring, I would go mute after that walked in the door. And she has to sit downwind from the likes of Simon on top of it. Bring on the rum and coke, I say! Paula’s had some sound judgement and been extra nice this year. We love you Paula, we really do. It’s the chicken lady I have problems with but then, I suppose, that’s a rant for another day.

I never thought I’d “hear” myself “type” this but, after last night’s performance, I’d have to say, “down with men!” The ladies had it going on and the men were just sorta, kinda wannabees.

Come on ladies, get your practice in. “That’s Ms. Idol to you….”