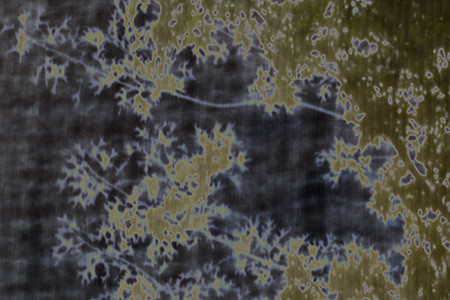 Fresh in from the “nature can kill you” department, the other day I sat down to work at my computer but felt something on my foot. I looked down to see what was crawling on me when I was bitten by a fire ant.

For those of you who don’t know (I realize that may be many of you, since fire ants frequent only tropical and arid areas of the globe) “fire” ants (Texan for “army” ants really) are a kind of really, really nasty ant that bites. They are pure evil. They cover turf aggressively, infest their prey, release a chemical for all the little buggers to sniff, and then sting their prey all at once, thereby inflicting the greatest pain. When they bite humans, it stings. I’m told it’s a bite like a bee sting (I’ve never been stung by a bee or wasp of any kind) and then, a few days later, we get welts that swell up and itch for a few days, much like a bite from the dreaded mosquito (the state bird of New Jersey, ah yes, I know him well.)

I was introduced to the concept of the “fire” ant when I was a kid growing up in New York. I used to squish ants at playtime, always liked to disrupt the nest and watch them scatter-I guess I should have gotten an ant farm but never did.

One day, a girl named Amy moved in to my neighborhood from Dallas. They told me to play with her because, well, she was new, being from out of town and all and, I guess, nobody would play with me either, so they stuck us together on the swings or something. I quickly grew bored and started disrupting ant nests, as she tried to stop me, telling me about ants that sting.

“They’re called fire ants,” she said, “and, when they bite, it hurts.”

“Don’t be silly!” I replied, “who ever heard about ants that bite? What a stupid thing. A little ant biting a big kid like me? Ha!”

Back to the “what’s under my desk” department, I looked down, under my desk-the nice, comfy desk in my house, my nice, comfy home-to find a small colony of fire ants. Oh the buggers! How I hate them so! I hope you never find out firsthand what a fire ant is because, well, we don’t call them “lukewarm” ants, ok. No, they earned the name “fire” ant and, judging from the way they like to bite, intend to keep it, one annoying sting at a time.

After fighting with the fire ants by leaving them some bait (regular Raid doesn’t work on these buggers, no, you have to force feed them Amdro birth control/ant bait and hope they don’t like to mate like wild bunnies.) I went in to watch some TV.

Picture this. I’m lying awake in bed at night, unable to sleep because I’m having visions-nightmares really-of these little buggers taking over, invading, infesting my home. It’s hot. I can’t sleep and I’ve got the TV on to try and lull me out. My feet sting from the ant bites, and thoughts of Amy laughing are racing through my memory, when what comes on the TV?

Nicolas Cage has a new movie out called Ant Bully about some kid who shrinks down to ant size and tangles with a formiculus. Nicolas Cage play the evil ant king-some kind of evil shrunken king who smacks down the Ant Bully. I know this because, as I’m lying there awake, on comes the commercial for this, ahem, lovely movie.

So, I’m lying awake and the commercial comes on and I hear Nicolas Cage’s voice say something like, “let’s study him first…then we’ll kill him and eat him” and I’m convinced that my house, my humble little home, is being overrun with a colony of fire ants-a colony that has it out for me. And I think about Amy, about how I was mean to her, about how I teased her for thinking that ants could bite, and about how every ant, each and every little one, in that damned little colony, is going to sting me just because I was mean and Nicolas Cage’s voice comes on again, saying something mean and, crap, it’s like 2 am and there’s no way in Hell I’m going to sleep tonight and screw the picnic, I want Lunesta. God, damn it, where’s the Amdro? And I wish I could just scream at the freaking little ants, “I didn’t really laugh at her,” and Nicolas Cage won’t shut up and Chase is now trying to eat ant bait, which is toxic to dogs and…

Crap, why didn’t I get a pet aardvark when I had the chance?