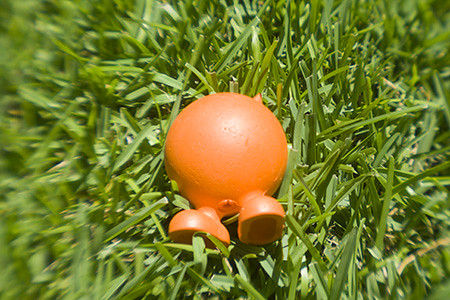 In the “my feet hurt just thinking about it” department, I had occasion to participate in this year’s Heart Gallery. Mark your calendars, the gala opening will be September 21st at Austin’s Spazio. I’m pretty sure Trent Reznor won’t be there (despite the fact that, rumor has it, he’s “shopping” properties in Liberty Hill) but look for a host of other more, ahem, shall we politely say “local” celebrities. I’ll probably have to don heels for this shindig which, last year anyway, billed itself as an “Austin chic” event (we still think that roughly translates into “shorts with pockets and fancy flip-flops-you know, the ones with rhinestones on them” but I’ll probably do heels, just to be safe.)

The Center for Fine Art Photography in Ft. Collins, CO has another upcoming show, with a corresponding call for entries. Here’s a link for details. Hurry, as the deadline is fast approaching, if it hasn’t passed already.

My guy Chase no longer fits into his kennel. I’ve had to swap it out with an old one Charlie never liked either. Luckily, he doesn’t have to spend too much time in the box. Unfortunately for us, he’s learning how to bark and has started to “yap” when he wants attention which, lately anyway, seems to be every minute of every second of every hour in the day (and, yes, that’s a lot of “yaps” for one little dog.)

I’m addicted to that annoyingly catchy Gnarls Barkley song, “She’s Crazy,” despite the fact that I think it impossible for any reasonably sane man to sing like that without missing some anatomy (or, at least, having his legs crossed. Really tightly.) The Killers (remember them? They gave us Mr. Brightside!) have a new album coming out on October 3rd. As a follow-up to their super, mega, smash Hot Fuss, their new CD, Sam’s Town will feature the first single “When You Were Young.” I can hardly wait.

In the “I’m not Starvin’ but I’m still hungry” department, I’ve reconnected with an old friend from my days in Potsdam. Mike AKA “Starvin'” AKA “CraftyGuy” contacted me after stumbling onto my website (nothing quite like reading about Potsdam and mac and cheese “in print” now, is there?) In what turned out to be mistake number 492, he told me he was looking to take up photography. He’s now flickring, Utata-ing, and even got left some “comment droppings” from none other than the Utata Queen Bee herself, Ms. Catherine Jamieson. Now that he’s drank up all the Kool-Aid, all that’s left for him is to start hunting photographic snipe in thrift stores and odd hovels (like Santa Fe) the world over (that and, more road signs. Everybody always loves road signs.)

Current celebrity crush is the evil, mad, cantankerous doctor from House. I don’t know how he hides his proper British accent so well and he almost sounds like he’s from New York (I said almost!) but, I love it. I just hope he doesn’t whack anybody else with his cane as part of the upcoming season’s storyline because, well, that’s getting old (and it never sat right with me in the first place. I mean, he’s supposed to be a freaking doctor, afterall.) In the “stop picking on my guilty pleasure, I’m entitled” department, wouldn’t you love to see an episode where he “fakes” a British accent and his minions get to needle him for it? Now, with that and his extra scruffy face fuzz, that’s what I would call “must see TV.”

Ok, so it wasn’t quick and it wasn’t a hit but, there you have it.