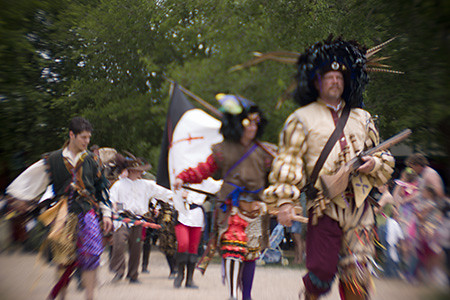 It’s almost time for “peace” in the middle east, or so I’m told. Sometime tonight there’s supposed to be a stop to the violence in Lebanon and Israel. I don’t know if the powers that be will actually adhere to the rules, which I think, is an odd enough sentiment. I mean, how could there really be rules of war? But, there are, and they are following them (I think.)

The terrorist acts of last week in England have us all a bit on edge. Everybody is wondering if we’ll ever be able to travel with toothpaste again and just what, exactly, was in the plotting stages. This time around, I’m quite miffed at the terrorists, since they were planning on using photographic supplies to ignite their liquid explosives. That really gets my goat because now, thanks to them, we probably won’t be able to travel freely with camera gear. Even if we catch the entire lot of them, we’re slowly sacrificing our freedoms in the name of safety and that’s a slippery slope we’re sliding.

In a lot of ways, photography is about freedom. You really have to live in a free country, or be one hell of a sneak, to pull off taking pictures. Even if you don’t regularly shoot people, there are suspicious folks who ask questions like “why are you taking that picture?” or “what are you going to use it for?” The response of a photographer has always been a proud, “because I want to and it’s a free country” even if we phrase it much more politely.

I put this picture up to highlight all this senseless violence. I always found it a bit odd when men take their guns and go on parade. I never really understood what could drive one person to attack another. I mean, deep down inside, at our very core, we’re all human, right? So, what could drive one man to want to attack or kill another? And what do they think they are going to accomplish by all this war and violence?

Can’t they just march around with feathers in their caps and call each other silly names on the news like they usually do? What’s wrong with that?

Until next senseless act of violence…