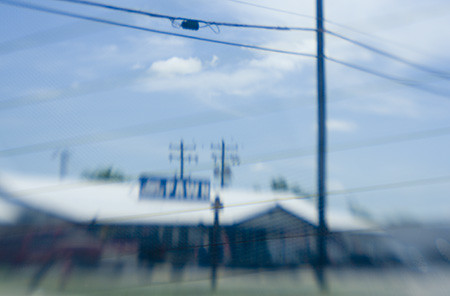 The other day, somebody told me, “you should go to the Natural History Museum. The one on the UT campus. You could write about it for your blog.” She described how it’s an “old school” museum-the kind with strange objects floating in formaldehyde-and how there are all these “chambers,” short hallways really, filled with taxidermied creatures from long ago (“The Hall of Bizarre Taxidermy” does has a nice ring to it, don’t you think?) Gosh, I wish I could get a blog out of that one.

Then, I was talking to somebody else and I said that, fresh from the “sombody must be on a diet” department, some misguided (yet armed!) individual threw a rock through the Rudy’s Barbeque sign, the one up on 183, that advertises cheap (but tasty!) breakfast tacos (gotta love the potato, egg, and cheese, man!) I wish I could get a blog out of that one but, alas, writer’s block strikes again.

As I was driving down 183, I noticed the sign for Grace360.org which is an on-line church. I found it quite peculiar that an on-line church would actually have a store front operation (and that it would be on 183. Well, come to think of it, with all the other stuff that’s on 183, that’s not too odd) but yet, it’s there. Nestled in the corner of the 360 and 183 interchange is, in fact, Grace360.org, a previously only on-line church that now has a happy home. Strange name for a church, strange church, strange highway-I wish I could get a blog-in fact, I can almost smell one from where I sit-but, alas, no.

Gosh, it’s time to write and I just don’t have a thing to say now, do I?

Until next “silence” in reverie…