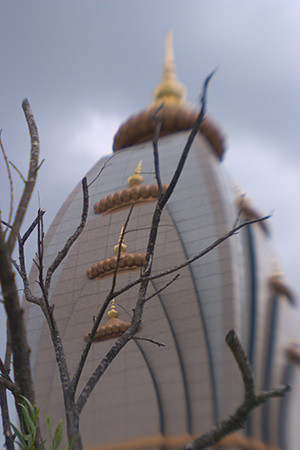 Does your town have a SWAT team? Ever see a SWAT team? Maybe in a nearby city or town? You can thank the good folks of Austin for that (you’re welcome!)

You see, about 40 years ago, on August 1, 1966 to be precise, something happened in Austin to cause police all over the country (and, perhaps, the world) to rethink the way they handle tactical aggressors.

The University of Texas (UT) is situated in the heart of Austin which, in turn, is in the center of Texas (we call the Austin-area “Central Texas” when we don’t call it Austin actually.) At the center of the University, there’s a 27 story tower. At the top of the tower, there’s an observation deck.

On August 1, 1966, Charles Witman went to the observation deck at the top of the tower. Armed with a trunk full of sniper’s rifles and Marine Corps. sharpshooting skills, he killed 15 people and wounded 31 others in the plaza of the UT campus in a shooting spree that has since come to be known as the “UT Tower Shooting.” You can read more about Whitman and the tower shooting, at this link.

On August 1, 1966, Charles Whitman killed his mother, suffered from a small brain tumor, and was mildly depressed before the shooting happened. To this day, nobody knows the exact cause of the shooting. Although there is much speculation, as you can imagine, about what drove him up to the tower, with the weapons, after killing his loved ones, all we really know for certain is that 15 people are dead, and 31 wounded, all on a day that stands as one of the darkest days in Austin (and perhaps US) history.

Now, 40 years later, SWAT team in your town or not, nobody really understands human behavior much better than we did on that day. Nobody really knows what would drive an otherwise honest, hard-working, soft-spoken man to go out, buy an arsenal of weapons, drag his cache to the top of the highest point in the City, and start shooting.

As we mark the anniversary of the Tower Shooting in Austin (as it has come to be called) there’s a lot of talk about heroes, villains, folks who remember that day, folks who are happy they missed that day, and such. Yet, nobody understands the “why” even though we have a firm lock on the who, what, when, and where of it all.

Texas is one of the many states in the US that has a death penalty. We routinely execute criminals convicted of capital murder and have historically done so, dating back to the 1800’s and the old fashioned “hanging trees.”

Perhaps, if we were to study some of our criminal minds, maybe even but a few, before jumping to gas them, hang them, or give them “the chair”-if we weren’t so quick with our “fingers” on our judicial “triggers” as it were-maybe, just maybe, we could figure out what drove a man to climb to the top of the tower, kill himself, kill a host of strangers, and leave dark memories and SWAT teams behind for all of history.

But that would be making sense of a senseless act of violence, don’t you think?