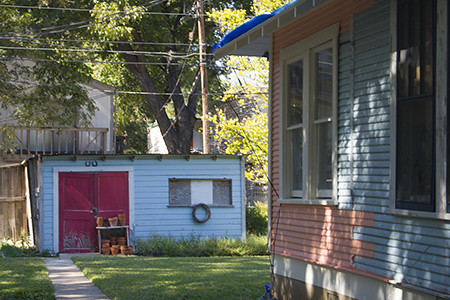 Or, just how *do* you dispose of a recycle bin?

This morning I listened to one of those uber-annoying radio talk shows they always seem to stuff into my ears in the early hours of the day. Now, usually, I despise these-finding them neither funny nor entertaining, but not this morning. Today, I happened upon some group of DJ’s talking about the environment. It was absolutely hysterically funny. It was the funniest thing I’ve heard in a while. It was so funny, I almost drove off the road (I hate it when that happens.)

It seems one of the DJ’s was not very “environmentally correct.” He was proud of the fact that he didn’t recycle. He threw out newspapers. He announced that, at one point, he threw out his recycle bin because he had absolutely no use for it.

“I felt a little guilty,” he said, “so I filled it up with junk and tossed it into a big dumpster when nobody was looking.”

For some reason, I find this incredibly funny. The thought of some guy wracking his brain, trying to figure out how to dispose of a recycle bin just really tickled my funny bone, and then, to hear him talk about it like that, well, it was pretty amusing. He was going on and on about how he didn’t recycle, didn’t reduce, didn’t reuse, and just didn’t care.

I mean, I’d hate to ask how he’d rid himself of an entire trash bin. Polar caps be damned, it might just end up on the six o’clock news or something.

Until next little green plastic bin in the dumpster…