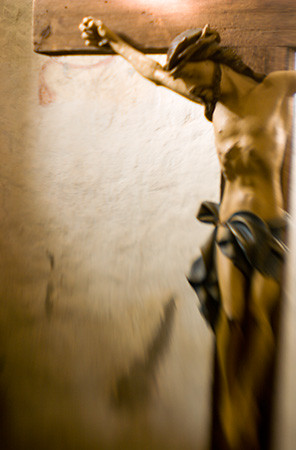 Last Sunday, I couldn’t sleep, as usual, so I woke up early and decided to go grocery shopping at my local H-E-B. I picked up a few items, including some frozen lunches and I noticed that they were having a sale on wine-some Australian Shiraz for $4.99. I thought this was a really good price so I put a bottle into my cart.

When I got to the register, there were surprisingly long lines, the kind that always seem to follow me around, and I found myself stuck behind some guy buying, among other things, chewing tobacco. I noticed him because he kept fighting with the cashier about the price of his Skoal, insisting it was $1.06 and not $1.08 as marked, while my frozen food melted on the belt. He made the cashier run back to the tobacco section over and over again, trying to get the exact price that he wanted. (Five people in line behind him be damned, he was out to save those two cents.)

Eventually, I made it up to the cashier, who started ringing up my stuff. She took the bottle of wine out of the cart, scanned it, and then the computer kept asking her to enter my birthday but wouldn’t let her enter a date. Then, she realized what was happening and said to me, “today’s Sunday. You can’t buy this before noon. We have blue laws in Texas, you know?”

I put the wine back and politely apologized but started thinking about this in the car on the way home. The blue laws don’t allow you to buy wine or alcohol of any kind before noon on Sunday. That would be the same wine that Christ himself drank, right? That would be the same bottle of wine that you’re probably not going to open up until Friday night. But, that toxic tobacco? Have at it, man! What exactly is Texas trying to protect me from, with these “blue laws?” Squashed free roaming grapes? (Good Lord! Duck! They leave carpet stains in their wake. Don’t let them out of that bottle.)

The last time I went to my Doctor, she told me I should drink more wine. “It’s good for me,” she said, “[I] should drink it every day.” Apparently, Texas thinks it’s not good for me on Sunday morning. But, I can smoke, that’s ok. And I can get a “real” prescription, consisting of, say, something slightly “harder,” like maybe morphine. Go ahead, dope yourself up. Fine on Sunday, just don’t even think about any of those fermented grapes. Oh, no, no, no, we can’t have any of that “grape action” going down on Sunday morning now, can we?

Later on that same afternoon, I telephoned my mother, to tell her about this “great grape incident” and she asked the price of the wine in question. “Four ninety nine,” I said, “but, that’s not all. If you buy six bottles, you get more $$$ off.” We decided to split a case and went back to H-E-B, the same H-E-B that I had visited earlier, that very same day, in the morning, to get more of the same wine, only a few hours later. (It was, by then, after the “wine o’clock witching hour,” I suppose.)

So, now I sit here knowing that I have six bottles of Australian wine in the pantry, as I proclaim, “the state’s blue laws drove me to drink,” and that’s not too far from the truth.

Anyone up for some Yellow Tail?