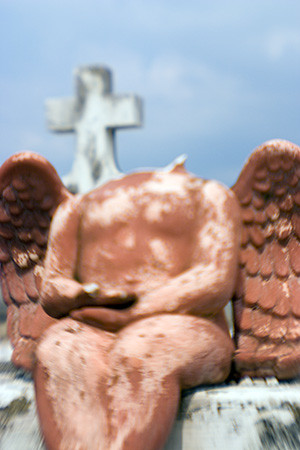 So, by now, you’re probably thinking, “she’s been awfully quiet about her TiVo lately…maybe that cat she’s afraid of finally got her tongue?”

I almost feel like I have writer’s block simply because I haven’t blogged about my TiVo in so long. No, it’s not some grand government conspiracy and no, I didn’t actually run off to become a Willie Nelson groupie (somehow, the words “Willie Nelson” and “government conspiracy,” while grammatically correct, don’t logically belong in the same sentence. I mean, if something really did happen on that grassy knoll, you know Willie would be the first one to smoke it-leaving us with, well, just a “knoll.” No grand conspiracy in that, right?)

My TV set, the same TV set that’s hooked up to my TiVo, is in fact broken (somebody play taps.) Now, as you, my ingenious snowflakes, know, I do own more than one TV set (one in the bedroom, one in the digital darkroom, and one surgically attached to the TiVo in the living room.) I *so* want to know why nothing is ever on (any of them) but, yes, it’s true *that* TV set is broken. Yes, my snowflakes, it’s true. My possessed, Nicolas Cage obsessed, Law and Order sometimes recording, once Jeffrey Dahmer infatuated, sometimes Lassie Come Home catching, TiVo is now, in fact, TV-less. (I’d say, “the plot thickens” except that, well, it really just broke and didn’t get any “thicker” if you stop to think about it.)

At first, it wasn’t broken, it just started going dark on me. The video would go out, leaving sound without a picture. It would just sort of “go black” in the middle of a TV show, but then it would come back on again. I’d have a picture again for a while, and then, like a few minutes later, it would go out again, leaving me in the dark. It was as if I was trapped in some giant randomized black hole really. Lately, it’s been doing it more and more, so much that the TV is pretty “unwatchable” (well, with the summer line-up, I should qualify that to say more so than normal, I guess. Um, I can’t actually see anything, not like there’s nothing on-which there isn’t but, well, you get the idea. Even if there were something on to watch, I couldn’t actually see it on my TV set, ok?)

The set itself is old. I bought it in NH and moved it to Texas when I moved here in 1992 (I did say it was old. In “TV years” that’s like 146 or something.) I bought it in my favorite electronics store in Nashua, which has since gone out of business, and, as I recall, I was really happy when I first got this particular set, since it was one of the earlier models with stereo (it even has s-video which, back then, was pretty modern.)

Ah yes, my old TV…it holds sentimental value to me because it’s so old and I’ve had it so long but it’s broken now and, funny thing is, I don’t really miss it all that much. Maybe TiVo ruined it for me, maybe I’ve just grown bored with what’s on the tube, or perhaps I’m sick of thumbing through the Nicolas Cage “boopfest,” but, I don’t find myself itching to get a replacement TV anytime soon.

You know what this means, don’t you? I secretly watch Nicolas Cage movies when nobody’s looking. Nobody, that is, not even me.

Until next boopingly broken TV set…