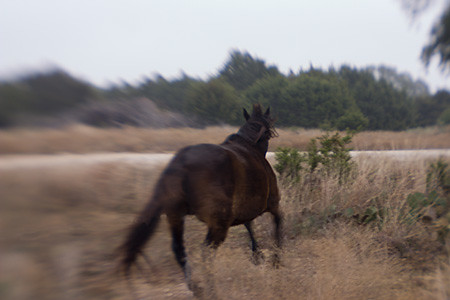 The latest in uber-cool, hip, new Utata projects, Utata Speaks, has been released and what a monster of a project it it turned out to be. You can see this image, along with the accompanying text, as part of my contribution, “Driving Away Wild Horses.” The project was designed to mirror traditional photographic essays, done in the “old school” style, only to display them on the web. Being an art photographer, it was a bit of a challenge for me, but, I think I managed to pull off a respectable essay (although it still features blurry, out of focus images. What can I say? Old habits die hard.)

Speaking of releasing, wild new uber-cool stuff, and the like, the other day I stopped by my mother’s house. She had the TV on-she always watches those shows about Hollywood, celebrity gossip, new movies and the like (hey, somebody has to keep up with Carmen Electra’s wedding status, right? Well, somebody besides Carmen Electra, that is.) As I walked in, they were talking about some new movie featuring Nicolas Cage and my mother pipes up, “look, Nicolas Cage has a new movie coming out about New York and September 11th.”

I said, “You know Nicolas Cage? You know who he is?”

She replied, “of course. He was in…” and proceeded to rattle off a host of Nicolas Cage movies most of which, TiVo be damned, I have yet to see. (Great, even my mother knows who Nicolas Cage is. And, she hasn’t seen a movie released since 1955, unless you count Saturday Night Fever, which is kind of “old school” anyway.)

Since we’re on the subject of the Cage monster (because, apparently, TiVo wants me to) the mustachioed Cage, in one of his new films plays a cop, fireman, or some such thing in New York City during September 11.

I know this because my TV is broken (that would be the same TV that’s hooked up to the still Cage-obsessed, yet now TV-less, TiVo.) I’ve been reduced to watching TV in the oh-so TiVo-less bedroom, which actually, has a nicer set but, alas, I have to put up with those uber-annoying advertising-like “potty breaks” we call commercials. (Oh the horror! Oh the humanity! Take away the coffee and it’d be like a 3rd world country in here.) It’s not bad enough I have to sit through these multiple minutes of ads, no, my snowflakes, the other day I had the unfortunate experience of seeing a commercial for this horror of horror flicks (well, at least it’s not about Jeffrey Dahmer. That’s an improvement. I guess.)

It’s not bad enough that the ubiquitous Cage monster is now cashing in on 9/11 (Peter would *so* not approve) no, what’s worse, what makes this the mother of all “horror” flicks (rivaling, really, watching Office Space while gainfully employed for IBM, I’d have to say) is his fake New York accent.

In fact, I think Hollywood should just stay out of New York altogether. There’s no reason for you to go there. It’s cold and you don’t own enough sweaters. Stay out in LA-LA land with your palm trees and your icy cool tropical drinks (you know the ones-they have those little brightly colored umbrellas in them? Yeah, get your “bad” self one or five of those and stay away from the east coast you poseurs.) Leave the mean City streets to folks like Rudy Giuliani, Leona Helmsley, and Donald Trump (Ok, we’ll throw you a bone. Maybe, just maybe we could let Gilbert Gottfried stay, but only if he promises to quack like a duck a lot. He makes such a good New York duck, don’t you think?)

Donald Trump doesn’t have a fake New York accent. He’s have everything else in the freaking City (and maybe even the world) but he doesn’t have one of those, so why should you?

Besides, look what the damned City did to his hair.