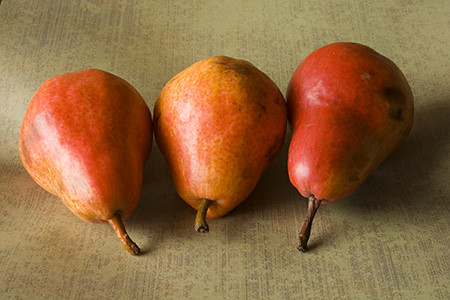 A select online “gallery” that’s just starting up and looking for artists invited me to join their ranks a few weeks ago. I jumped at the invitation, simply because I thought it a good idea to be in the company of like minded artists and the work looked pretty decent, that is, mostly better than mine. (To paraphrase Groucho, “I don’t really want to join any gallery that would have me as a member.”)

An interesting thing about this group, they’ve banned all HDR images from the start and were very insistent that, since I was one of those wild “photographer” types, I agree to refrain from submitting any HDR work for their consideration.

Ok, so, you already know how I feel about EXIF data. It’s time for me to talk about HDR. Now, you’re probably thinking, if you had to guess, me being the “anti-technical” photographer that I am (I’m technical enough that I can’t really call myself “non technical,” I mean, I do have an advanced degree in this crap, but my images are not “works of technology” by any stretch so, I guess, that makes me “anti-technical”) that I too would absolutely *hate* the notion of HDR. But, I’m here to tell you, you’d be wrong.

HDR is a tool, like any other tool. Don’t blame the hammer, hate the carpenter. Tools are only as good (or bad) as the artists (or technicians) who use them. The problem with HDR-the real problem-the reason why most people don’t like HDR images is because HDR is a new technology and, right now anyway, only the geeks are using it. Everybody knows, or they should, that great geeks don’t take great pictures, great visual artists do. Now, some geeks are great visual artists too, but, like they probably can’t dance because, well, nobody can do everything. But the problem with most geeks (well, ok, a lot of geeks) is that they *think* they can do everything. So they think they can take great pictures, when they can’t. And, logically following on this invalid chain of thought, they think they can improve upon their “great” pictures by using great technology so, naturally, HDR, in their fully capable hands, in a miracle. (*Sigh* Mother Theresa was a miracle. If you can’t recognize one, maybe, just maybe, you really need one.)

My prediction? As soon as the artists start using HDR (and they will) you’ll start to see some HDR images that you like. Until then, well, sorry but you’re going to be stuck with an endless stream of “geeks on parade” which, my snowflakes, is as ugly as it sounds.

All the gadget heads will latch onto HDR, since it’s the “latest” thing and they’ll twiddle and tweak and spend hours making mediocre art (because, well, you and I know, they’re really mediocre artists-at best) Instead of getting creative or really improving by working at their photography-studying things like composition, scale, perspective, and the like, they’ll jump on the HDR bandwagon because, as we know, geeks are like that. It’s all about the bandwagon to them.

So, we’ll see this never ending stream, a parade really, of crappy sunset photos and off perspective shots, crappy snapshots of people’s cats and dogs, and flower pictures not close enough or poorly composed-all done up in HDR for our collective “viewing pleasure.”

Do I think HDR is bad? Pure evil? No. I just think it’s in the wrong hands, that’s all. The techno geeks are using it to give us high definition rubbish and that will stop once the artists start using it and the geeks latch onto whatever the next “big” thing is (or maybe they go off and invent some badass software which would really be a miracle.)

And me? Will I use HDR? I’m just waiting for that parade to march down somebody else’s street.