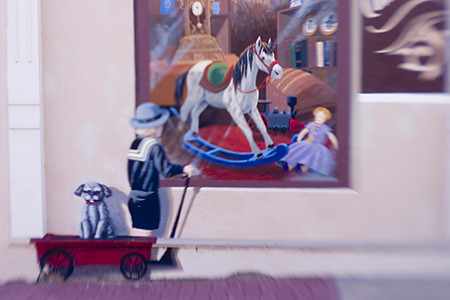 There’s just something about Alice that fascinates me. Did you know Alice as a brunette? Everybody always pictures her as a blonde but she’s not. It’s true, her hair’s actually dark.

She’s a very mysterious woman too. You never hear about her. Everybody thinks of her as a young, silly, little girl who played in the garden as a child. It’s hard to think of her as a woman, a woman who gave birth, educated herself, raised a family, and all that. She did so much more than just model, actually, although we tend to remember her as this demure little waif from a far away land who just fell into it one day.

There are pictures of her all over the internet (thanks to his early fascination with all things film-related) yet will still don’t really know how she looks. We know so much about her-we’ve grown used to seeing the world from her eyes, but it’s all vicarious really. It’s like second hand news or like “reading” a newspaper over somebody’s left shoulder on a plane. Nobody really has the whole story. The visions are there but we can’t really see the whole picture.

Everybody knows all about Alice yet, on some level, there are pieces of her kept private. She’s like an iceberg-the more you learn about her, the more, you come to realize, has been kept hidden over the years. Then you start to wonder if she even exists at all. She’s a hallucination that’s oh so real. She’s like the girl next door, only you know all about her wild streak. She’s demure, intriguing, and a little bit crazy all rolled into one. She’s Alice afterall, what do you expect?

I wish I could meet Alice. To talk to her, to find out what it was like in her time, in her place, in her space. But, alas, as we all know, that can never be.

It’s peculiar that she was a real person, that she even exists, but yet, she’s there. As you turn, page by page, she comes to life, the “real” Alice emerges-the one we all know, the one the movies are made of, the Alice of our dreams, the one who lives on forever in the words of that book. She lives on forever in our imagination.