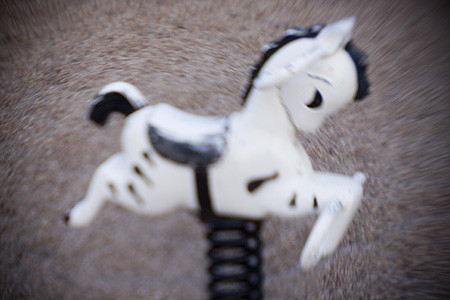 As many of you know, this site was recently featured in Catherine Jamieson’s new book, Create Your Own Photo Blog. Nestled between the Mustard Gas Incident, the crazy/funky cool jewelry of Superhero Designs, and Emdot’s “way cool” site, is none other than yours truly.

An interesting thing about predicting and even monitoring web traffic is that it’s part psychological, part science, part luck, and part logic. Many (if not all) web sites these days can have easy to install web counters. The trouble with these counters is that, well, they leave it up to you, the site owner, to interpret the data they generate.

When I first got one of these, I used to check my traffic every day. Faithfully, I would put up some “content,” then login to my server to check out how many hits my latest TiVo incident or car repair melee would generate.

At first, like many web programmers, I thought that, if I had lots of content, and it was good content, I must have a good site right? And that would generate a lot of hits, right? Well, you would think so but, I’m here to tell you, it doesn’t always work that way. My most popular page to date has been my ipod engraving list and, frankly, there’s no real explanation for that, is there?

Web traffic is cyclical and strange. It goes up on Friday afternoon because people don’t work as hard on Friday’s (for whatever reason) as the rest of the week. Saturday is the day folks have dance lessons, softball games, karate classes, and go visit Uncle James, so nobody surfs the web. Sunday night? Lots of web traffic but different. People go to “targeted” websites on Sundays. Sites like Amazon, JCPenny, and the like see their traffic spike then but nobody surfs to unknown destinations (this is very different from Friday afternoons, when people are “trapped” at work but get as far away from their desks as google will allow, googling themselves into points unknown at a record pace.)

Law offices surf Friday afternoons (the courts in many locales close then) and Wednesdays are usually slow for hospitals, so look for doctors and nurses to check in then.

If it should happen to ice up in Austin, my traffic spikes (people trapped at home, unable to get to work, make very attentive web surfers.) I have a mix of pointedly local and international traffic that I call inter-localized and so I expect certain holidays overseas to generate a change in traffic patterns to my site.

I’ve long since given up monitoring my site. It’s kind of fun to get a surprise email from people I didn’t know where reading. I actually prefer the surprise. A few months ago, I got a letter from an army officer, stationed in Qatar, originally from New Orleans, LA. He thanked me for putting up pictures of his hometown. He was homesick, thousands of miles away, missing home cooking and all. He surfed the web from a borrowed laptop, happened upon my website, and went through masses of pictures I had posted from New Orleans.

That kind of traffic is rewarding enough for me. I don’t need a high “hit count” anymore now, do I?

Until next page view statistic…