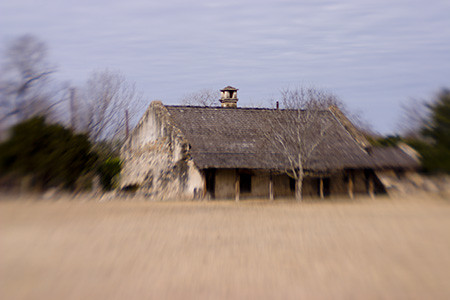 For your viewing pleasure (well, actually, mine) this weekend, I attended Fotofest in Houston, TX.

The FotoFest headquarters are in the warehouse district in Houston, housed in a two story warehouse with a creaky wooden floor in a part of town you might not call “nice” but, nevertheless, may want to visit someday. The theme for this FotoFest (they have themes) are violence and the earth.

The headquarters were filled with “violence.” I bought a guide book and viewed several exhibitions related to the theme: The Earth-Artists Respond to Violence.

There was an exhibit at headquarters called “Surface” or rather large colored prints-images that looked sort of “normal” maybe like a closeup of some dirt from your own backyard-until you read the accompanying descriptions. They were samples of earth taken from Vietnam-taken from places that bore a significance during the Vietnam war. I thought these very powerful because they served to remind us that people fought and died over simple handfuls of soil. It was an artistic “ashes to ashes/dust to dust” statement that really shouted in a whisper (well, actually, a brightly colored print on the wall, but you get the idea.)

Another installation involved mannequins that were used as sort of “crash test dummies” in Germany so soldiers could prepare for war.

The next exhibition was an elongated fold out book from City #65, so called because it was a “hidden” city-hidden in Russia during the cold war. A city that’s home to radiation studies and blood work for people who have grown up in a fall out zone.

“Unfathomable Humanity” was a series of collages featuring common victim/torture themes, along with pictures of the heads of state or leaders responsible for the torture, in an artistic “he done it” attribution of violence.

There wasn’t one single real “stand out” image for me but rather the entire body of work presented itself as fragments of a whole-each piece spoke to a common central theme.

While probably not for the flippant and possibly not for the faint of heart, the show was a powerful, thought provoking visual presentation. It was somber but it made us think. It was real, yet it seemed unfathomable. It was exotic, yet it was the sort of violence propagated by our very own government, in our very own backyard.

It was so much more than flowers and sunsets, that’s for certain.