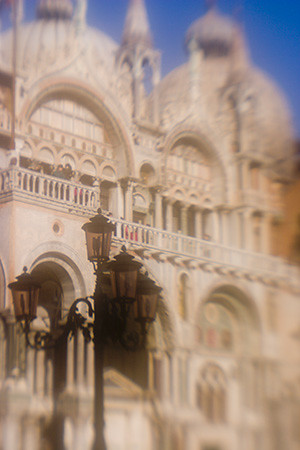 Recently, I was poking around a bookstore and happened upon a signed Michael Kenna book.

I’m not a big fan of autographs, in fact, I’ve always thought that they were kind of silly. I mean, if I had an autograph from somebody especially famous, say somebody like Michael Jackson, what would that prove really? That I once spoke with him? That I touched his elbow (or maybe, more accurately, his pen?) That I furiously out-bid other Michael Jackson fanatics on ebay? If I were really a fan of him and his music, the autograph would be meaningless to me-it’s the music or art itself, that really would matter most, right? Why would his signature even mean anything to me at all?

Don’t get me wrong, I have, in the past, enjoyed some slight brushes with greatness. Once, I got Bob Dylan’s autograph, but not as you might imagine (and not, surprisingly, because I asked for it. He volunteered it and I politely accepted.)

I have a friend who collects radio tubes, you know the kind they sometimes use in guitar amps and frequently used in radios back before the days of the transistor. He also collects specifications for radios, including some old German ones, particularly those made during World War II. What does this have to do with autographs, you ask? Well, back in those days, government, especially German government, wasn’t very democratic. All specifications had to be signed by the man at the top and, for World War II era Germany anyway, that translated into Adolf Hitler. So I’ve seen his John Hancock more than once. It’s safe to say I’m not a fan of Hitler’s work despite his historical significance, but I’ve at least seen his signature (for better or worse.)

An interesting thing about the Michael Kenna book and signature itself is that he signed his name quite big. Not just big, but really really freaking HUGE is how I would describe it actually. (We’re talking like inches here.) He took up some serious literary real estate, wielding a signature that large. He’s a nice guy, I guess he figured that, if somebody’s a big enough fan to shell out their hard earned dough on a signed copy of his book, he should at least be kind enough to give them a big enough signature.

I telephoned my Mom, describing his signature and she said, “of course, he has a big signature. You should have one too. You should be proud of your photos.”

Proud? Maybe. But, I don’t want to ruin them with the chicken scratch I pass off as “handwriting” so, for now, I’m keeping my signature small.

Ah, that’s life as we know it, living “small” in Carol’s Little World.

Until next pointless personalized pen stroke…