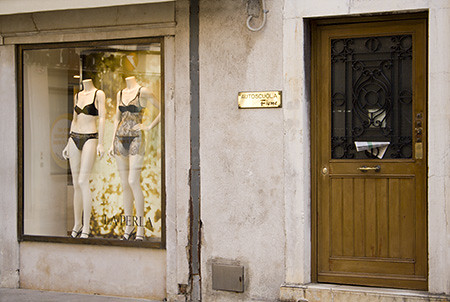 All this talk of ipod engravings, female astronauts, orbital mechanics, Valentine’s day, and having your own “send a monkey up to mars!” space program got me asking one serious question this Valentine’s Day.

When couples sex it up in an airplane, they join a select (ok, maybe not but…) few known as the “mile high club.” That’s all well and good, frankly, by now, I think we all know how to work that little “occupied” flag, even in the coach bathrooms. (The “mile high club” isn’t even restricted to first class anymore, really.)

But, since we’re now sending all these women up into space, along with civilians, celebrities,and even cheap cosmonauts, who can now easily afford a ticket to the milky way, it’s only a matter of time before somebody starts, ahem, “gettin’ busy” up there.

I think that the time has come for us earthbound mortals to coin a phrase for the “we did it in orbit” brigade, that’s sure to follow.

Now, being the enterprising snowball that I am, I started thinking about some possibly terminology to fill-in this much needed gap in our collective vernacular. Just so you’ll be prepared, mind you, should you happen find yourself in a black hole and jaunt off looking for that G-spot while conveniently located outside the earth’s gravitational pull.

Here are some suggestions:

One has to wonder really, when you’re up in orbit, zero gravity and all, could you even like, well, pull it off? I mean, given that situation, it’s even hard to stand up straight, let alone…well…you know. Still, given our species propensity to procreate, it’s only a matter of time before, well, somebody “does it” in space, right?

That is, if they haven’t already and we just don’t know about it yet.

Until the earth rotates about it’s own axis once again…