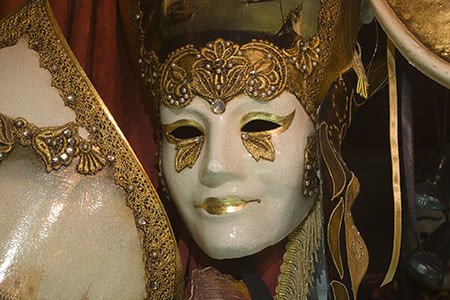 10. Maggie Taylor-Her landscape of dreams managed to dream itself into prime time, landing a spot as the opening credit sequence on the hit TV show “Ghost Whisperer.” Despite her recent success, she’s earned herself some “street cred” because of her Photoshop skills. Some really sweet badass mama jama Photoshop skills, to be precise.
9. Hiroshi Watanabe-An Asian master who has since moved to LA, he’s not one to “go Hollywood” on us-his work bears a strong Asian (Japanese) minimalist style coupled with great tonal range and interesting choice of subject matter.
8. Cindy Sherman-Now, here’s a woman who re-defined the essence of self in so many different ways. All dressed up and nobody to be, she’s the lady who taught Madonna a few tricks about re-inventing herself. Like that old saying, “it’s like deja vu all over again” she’s continually re-defining her essence, and we get to bear witness. We don’t know who’ll, exactly, she’ll be tomorrow but, if the past is any indication, it’s going to be one wild ride.
7. Paul Strand-Mast of the master print, he’s an old master who brings life into black and white.
6. Eddie Soloway-I absolutely love his “natural eye” series, despite the fact that I usually hate nature pictures and avoid landscapes. One of my dreams is to be able to take a workshop with him someday. (He does give workshops and, yes, I almost took one a few years back but couldn’t quite manage to pull it off.)
5. Kate Breakey-A favorite with an Austin connection, her works breathes new life into “small deaths.” Perhaps not for the squeamish, it can be experienced as powerful and moving, given the right circumstances and gallery setting.
4. Eliot Porter-Another nature connection that brings us an honest, natural sensibility, Porter’s work is motivated for his love of the natural space and his desire to include “the great outdoors” into everyday living. Not what I typically shoot myself, but something I can enjoy wholeheartedly.
3. Michael Kenna-In his own words, “I prefer suggestion over specific description, haiku over prose.” He’s the master of suggestion, the hint dropper extraordinaire, the visual haiku poet who shouts in whispers and screams in silence.
2. Joyce Tenneson-Instructions: Take an empty milk bottle. Add some creativity, excellent lighting, some symbolism, a little religion, some human element, some charm, wit, and tonal range. Shake well. Break bottle over head and enjoy. It’s hard to describe her work but almost impossible to put down.
1. Robert Mapplethorpe-the master of light, the best of the west, the man who shocks, moves, captures, and conveys. His figurative work was special, his flowers amazing, his statues grandiose but it was his attention to the quality of light and his ability to print masterfully that makes him tops in my book.