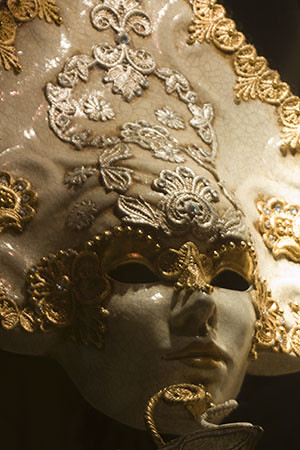 One of the “extras,” the nice little perks if you will, of running a website (actually, a blog) like this is that, apart from learning all sorts of new and informative things, I occasionally get free stuff. Lately, I’ve been getting more than my fair share of free stuff. (For some unknown reason, I’ve been getting lots and lots of free stuff recently. Thank you, my snowflakes, who keep sending me free stuff. I do appreciate it.)

The latest arriving garb is a Utata.org T-Shirt (Thanks!) and a shirt that reads (I swear I’m not making this up) “I Use Film!”

Funny thing about that last one, except for my Polaroids (which aren’t really…Ok, I’m going to come right out and say it…Polaroids don’t really count as “film,” because, well they really aren’t-you don’t have to develop them like “normal” film, the images on them just sort of sit there and “mush out” by themselves, so they don’t really count as “film” now, do they?) I almost never really do use film.

And, I don’t even know who to thank for this, the latest round, of free stuff. Really, I don’t. It just showed up at my house one day. And, like a trained monkey completely lacking in the “fear of anthrax” department, I just opened it and, behold, there it was-an “I Use Film!” T-shirt that I’m supposed to now wear when I’m out not using film, unless I happen to wear it when I’m out making a Polaroid, in which case, well, it’s just kind of lame. (The “film” part of it, not the T-shirt. That’s kind of cool actually. Well, about as cool as an “I Use Film!” T-shirt can be if you don’t actually use any film while wearing it.)

The other day, I had to make some copy slides. Since I needed slides, I had to, (horror of horrors) actually touch some real, live, honest to God film. (There, I said it. Phew!)

Eeew. I feel so slimed. Eeew, I touched it. I actually put my hands on some of that silver gelatin cellulose stuff I once used to make pictures years ago, back in the days before I ran out of Compact Flash every second. (I haven’t been this slimed since, well, if I had to guess, probably that “Nicolas Cage plays with Hookers” movie watching incident. And that was pretty gross. I still haven’t fully recovered from that one.)

Today I went out shooting and found that my thumb was having some weird kind of conniptions. It kept wanting to advance a film lever that wasn’t really there. It was so odd, it was distracting me. I had to keep re-composing my shots, because my thumb was having these weird “I Miss Film!” spasms the whole time I was out taking pictures. And, I remembered how heavy my old film using camera was. And, I thought about all the flickr groups, one of which is actually called “I Use Film!” but none of which will cop to sending me a free T-shirt (probably because, well, nobody wants to admit to sending a free “I Use Film!” T-shirt to somebody who doesn’t, right?)

So, since I have an “I Use Film!” T-shirt, but I really don’t, but my lack of film has left my thumb twitchy (because it’s missing that little lever and all) should I now go out and get a T-shirt that reads, “I Miss Film?” Or maybe “My Thumb Misses Film, but I Don’t?”

And, more importantly, how do I get over this strange feeling that I’ve been slimed because, horror of horrors, I actually touched some of that decrepit silver gelatin emulsion stuff I used to use all the time? (It’s not like that hooker movie, I can’t just wash my hands a lot. I can’t “bring back” my thumb that way. No, this is serious. We’re talking thumb jerking and ice packs here.)

Somehow, I doubt they make a T-shirt for that.

Until next 37th exposure…