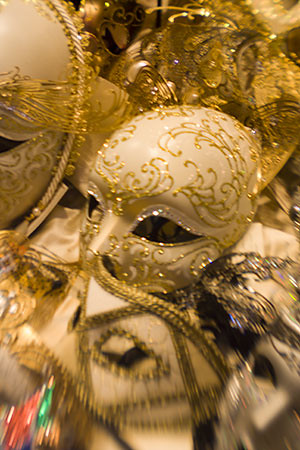 Ok, so I admit it, I’m not really a big fan of football, all things UT, or any real organized sports for that matter. Call it a factor of my upbringing, call it luck, chalk it up to my geekiness, whatever but, I just can’t really stand sports of any kind. (I have, however, been known to jog on occassion and I’m fascinated with all things martial-arts related but, please, don’t ask me anything football-realated. Ever.)

I just don’t get all these people paying hard erned money, sitting around, half naked, painting team logos on their faces, making odd hand gestures in frigid weather conditions at the highest point of a stadium. Frankly, I could think of about 10 million other things I’d rather be doing, ok? (Even odd things, and other sports, like say “ice fishing” come to mind.)

So, this year, the UT football team played against some team from California in the Rose Bowl. I don’t know who played, and I wasn’t really paying attention to who won until I heard the news (second or third hand, mind you) that UT had actually won. Big woop de doo on that from me, right? (*Yawn*)

Now, what’s driving me nuts, what’s gotten under my skin and has been driving me absolutely batty is the fact that all of these people, these half-naked half orange faced stadium going people, have done nothing but talk about this stupid football game since it happened. (Get over it people. Yeah, so they won. Good for you, now, get a life already.)

They keep reliving it at the grocery store. They put fliers up at the shopping mall. Last night, the had some sort of celebration at the college. They are even selling some crystal cut glass sculptures made (I swear I’m not making this up) in the shape of footballs at Foley’s in honor of this “big game.”

Geesh, people, get a life. It’s only a football game. It’s not like somebody fed all the poor, housed all the homeless or cured cancer. UT just happened to win a stupid football game.

I have to wonder, if they posted the grades of all the players in the paper (which, by the way, is still running UT-related stories on the front page, and has been for what appears to be weeks now) would people pay so much attention? I mean, come on, you know, you just know, that half the football team probably can’t even read at an 8th grade level, let alone score passing marks in college.

I wish there were some way that, in the next big bowl game, both sides could loose, don’t you?