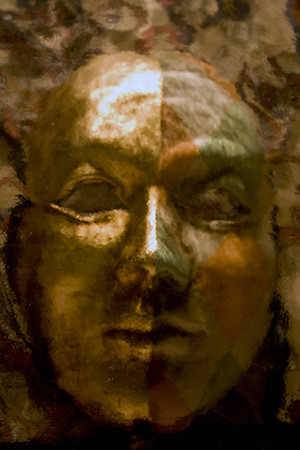 I might have told you that my latest addiction is a flickr group called Utata. This past weekend, we “Utata-tarians” (as I call us) had a project called NOCTURNAL about, you guessed it, night photography. Photographers from around the world participated by taking pictures over the course of three nights (Friday, Saturday, and Sunday.) The images were then divided into several categories: over the water, my street/my space, buildings/city, director’s cut, lights/signs, and celestial/astral/nebula. (This was my entry for director’s cut which, according to the description, involved putting something outside, into the night, to photograph it.)

Kathy and I met on Saturday night to participate-we met in Georgetown, Texas, which is a small city, very near my current home town of Cedar Park, that has many Victorian style homes, a watering hole, an art deco styled theater on the square, a university, and a few other landmarks. It’s separated and built along the San Gabriel River in central Texas. Sometimes, I swear the “unofficial” motto of the city is, “sure we forgive those who trespass against us. Please pay your $500 fine at the county clerk’s office before leaving town.”

[But, then I remember that Georgetown is near, very near, in fact, that “hotbed” of corruption and misdemeanor convictions (land where even the mayor does time in the “big house”) Bartlett, Texas.]

So, I packed a bunch of shirts and coats into the back of the car, grabbed the tripod (AKA “weirdo magnet”) loaded up the oh-so-heavy compact flash (which I always seem to need more of) and headed for the square.

It’s been unseasonably warm-a balmy 68 degrees in the “shade” of night, and clear. Since it’s also been very dry-we’re under severe drought restrictions with the threat of wildfires-we decided it best to start with what we thought would be the most difficult category, “over the water.”

We drove all around Georgetown, or “Jorge-ville” as I sometimes call it, starting at the “blue hole” type of a place that had it’s own cemetery (!) but wasn’t quite lit up enough for us, then driving through the campus in search of a fountain (found one-but it was lame) and ending up in San Gabriel Park at dusk. We found a causeway type of structure, setup, and got some car trails as folks drove over the San Gabriel River. (I know it ain’t the Mississippi but it was a body of water and we were off to a good start.)

We wanted to shoot a gas station at night but gave up when we noticed that the Diamond Shamrock had only 2 pumps. (Two pumps? What’s up with that? Even the lame Cedar Park gas stations average 4 pumps per capita-I still find it hard to believe that the “thriving metropolis” of Cedar Park out trumps the Williamson county seat, Georgetown, by a factor of two gas pumps per station but, hey, you read it here first.)

A frat house on campus gave us high hopes-hopes that the kiddies would be outside getting high (“light up/drop out” makes for great pictures, although, as you could guess, not so great grades) but, alas, school was not in session and so the kiddies were out actually learning something, as opposed to their usual beer drinking studies (Rats!)

Next, we “broke and entered” (without really “breaking” or, um, “entering” for that matter, as one of the “rules” of the project was that all photographs had to be taken outside) into the San Gabriel Motor Court which was, let’s just say, not exactly a five start joint. I kept imagining an old western movie being shot there-I was getting this mental image of a big tall chap standing in a black cowboy hat, belt buckle bigger than his IQ, sucking on a small piece of straw in the corner of his mouth, talking about his “Pa,” all the while the fake adobe kind of glowed in the moonlight. (Maybe Mr. Ubiquitous could cook up his next movie here. At least it would help get him out of my TiVo, right?)

They had this weird Coke machine that stopped us in our tracks-it just sort of sat there glowing in the moonlight and looked rather alien against the fake western décor of the motor lodge. (I could imagine some little green thirsty men getting some 7-up out of that thing anyway.)

We didn’t get kicked out, took lots of pictures, and I even managed to trespass myself into a neighboring RV campsite to shoot a double wide (Check back here in a few days or see the image in my flickr stream called “Where, oh where is my tornado?” for details.)

All in all, we had a lot of fun though I’m really afraid of the big, dark cosmos now. Since I didn’t get arrested, kicked out of any, ahem, “fine” establishments, asked to leave anyplace that shouldn’t have let me in anyway, approached by any weirdo’s, or asked what I was doing even one time, I’m scared that the universe will now harangue me all that much more the next time I decide to pickup a camera. (In the “gosh, I hope Steve has enough bail money” department, watch this space for, what appears to be certain and forthcoming details of my subsequent arrest for trespassing.) The laws of the universe, as we know them, dictate that I must be harassed while photographing and, since I didn’t get my fair share this time out, I’m now overdue for a whopper of a run-in and am anticipating my share of harassment from the Williamson County Sheriff’s Office (or the equivalent thereof.)

Hey, it’s either that or I’m about to be attacked by wolves, right?