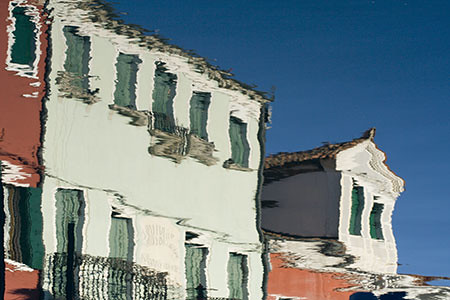 Today’s image is first in a work-in-progress series of images from Venice, entitled Reflections of Venice. These are all images shot while looking down, into the water. Sorry but, I haven’t had time to finish post-processing much more from Venice and, as luck would have it, there are 20 of these, so you’ll be seeing these in all the old familiar places for the next few days (weeks, maybe?)

Good or bad, I’d have to see that these images are, uniquely, “me” (whatever that means, right?)

And in other news…

Those of you who know me (as opposed to those who just happen to flip on by or come here because your mother named you Carol or something) will know that, if you ever start a sentence with the phrase, “Did you see that new movie about…” or “Have you seen the one with…” my answer will, almost always, be a resounding, “no.”

I never go to the movies. I never watch movies on TV. I have cable, but I don’t watch it. I think that TV is something like “white noise” that I can conveniently listen to while Photoshopping, coding, or doing whatever else it is that I do in my daily routine. My TV habits are not very habitual to say the least. (I do own a TV, so, I suppose, I’m a bit better off than some folks I know, but, really, it’s a stretch.) I don’t know why-maybe I just prefer live theather or maybe it’s because I just can’t sit for three damn hours on end watching some crap on a giant screen while eating overpriced popcorn. I don’t want to see the world blow up, eat oysters, or fall in love with Meg Ryan, ok. (I’ve got better things to do with myself, like try to figure out how to “unboop” all the murders on my TiVo, or clone stamp in a better sky, for example.)

Don’t get me wrong, I do watch the occassional Law and Order episode but, as far as entertainment goes, I’m all music or nothing but ‘net (I do sometimes surf the web-it’s a side effect of being a professional computer programmer.) I flickr, I yahoo!, crap, I even GOOGLE, but, please, for the love of God, don’t call me a TV or movie junkie. It just ain’t gonna fly. I’d rather be listening to Friends of Dean Martinez or Mouse on Mars (and I can probably safely say that *you* need a life because you probably really don’t know who they are.)

Sure, I’ll go for the occassional “pretty” movie. It’s no secret that I’m a still photographer and, frankly, it’s not that far of a “hop” from still photos to film. I’ve always been a sucker for good visuals-for people who’s work elevates our visual sense to something more than just fine imagry-for visual poetry in any form, weather it’s Man Ray or Bernardo Bertolucci. Visual imagry that’s good, that’s stunning, that’s just so damn good, it knocks you for a loop and takes your breath away, well, it’s hard for me to get enough of it. Not that I don’t mind good characters and a plot mind you (I did start out as a writer of sorts) but I expect all that and damn good visuals from a movie. (It’s not impossible, not with the technology we have these days-it’s just that people in LA are lazy and don’t bother even trying anymore. Their “target demographics” want to see the world blow up and they stick to what passes and pays the bills.)

Now, I know some folks have websites, where they talk about all the great movies they’ve seen, been to on a date, want to see, wished they hadn’t seen, etc. and I thought it fitting that I share this side of my life with you because, well, crap, I share everything else, right?

Rather than listing the movies I want to see or talk about the ones I’ve just seen, I thought it best if I just list all the movies I’ve seen. I mean, it’s a lot easier than trying to dig up ghosts from the future, right? (Loitering cable and TiVo hangers-on need not apply.)

Anyway, the list, of movies that I have actually seen, will be coming over the next few days, in no particular order.

The coming list will be, much like these reflections, uniquely “me” whatever that may bring you. I hope you enjoy it but, please, take it for what it’s worth. It’s just a collection of crap that I happened upon, which kept me awake and engaged long enough to pay attention to, instead of doing my usual.

Fantasy really is for those who can’t handle a good reality, right?