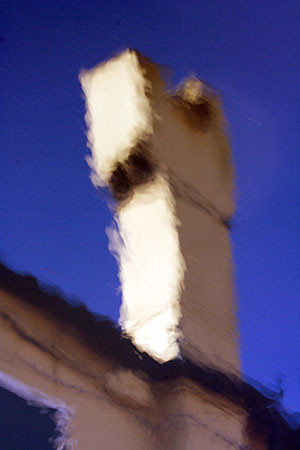 In honor of my great movie blog entries, in Austin last week they held the now annual “butt numb-a-thon” (well, ok, they didn’t really hold it in my honor, but they could have, right? And I might have attended if only I could have managed to wrestle my own numb butt off my numb couch and drag it over to the oh so numbing home of numb butts galore, the Alamo Drafthouse, right?)

The butt numb a thon is an annual showcase of more movies than an ordinary butt can handle, brought to you in stereo sound, complete with “moo-ing cows,” pizza, beer, bathroom breaks, and celebrity guests. (I’m not making this up, I swear.) Someday, I may actually attend one. It really goes without saying but, I mean, come on, you just know I have a butt that’s cut out for this type of work, don’t I? (Please, don’t answer that.)

Numb butts the world over be damned, here’s more movies from the list of movies I have actually seen…

5. Moonstruck–“boil, boil, toil, and trouble…” now just where did I leave those little roasted Texas toadies? Can I have a lock of your hair, please?

4. Memento-I tried to actually start watching movies a few months back, because I felt so “out of it” (insert your favorite “well, you do live under a rock” comment here.) This was one of my attempts at changing all that. I didn’t hate the movie, didn’t love it, but was rather intrigued. An interesting spin of a movie that took a little too long to start off but gained some momentum as it rolled along. Hey, at least it wasn’t one of those, “please remain seated until this movie grinds to a complete halt” flicks. Damn, I hate those. They bore my brain and numb my butt all at the same time, which I didn’t think was humanly possible. (It’s a little like burning a candle at both ends, I suppose.)

3. Napoleon Dynamite-Second in my “that’s it, I’m going to get a life” attempt, I also got this DVD. Not a bad movie, made me reminisce about my own childhood (I won’t admit to being a “geek” in real life but can now safely proclaim that I’ve got strong “Napoleon-like tendencies” which sounds a lot better in mixed company. Really. Not like I’d know because, well, I’m almost never really in mixed company but…) Not to mention that I felt oh so Napoleon-like in Venice because, well, I forgot to pack Chap Stick.

2. Little Buddha-A “pretty” film-I loved the quality of the light at the end, when they were sailing in the sound. It was shot in that “golden” light-that mystical orangy light that happens early morning or at the end of the day which I’ve always loved. You could film a war movie in that kind of magical light and I’d still be enamored by it. This film made me want to go to Seattle and Tibet, it was that pretty. Keith Carter really has no “poetic foo” over Bernardo Bertolucci-really, he doesn’t, it’s just all poetry manifesting itself as film. (And, just because I know Keith and don’t want to piss him off, I really need to compare what Bernardo can do in b&w, not color.)

Hold on tight, we’re almost at the bottom of the list. All that and I still haven’t seen “White Men Can’t Jump” (well, not really.)

Until next buttery popcorn tub and overpriced soda…