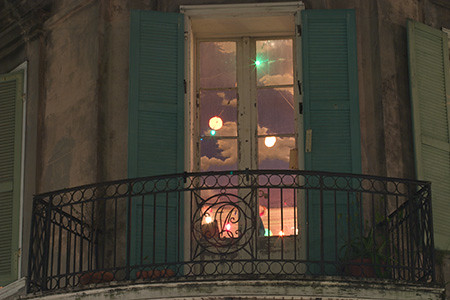 Ok, maybe I do but here’s a tidbit from the recent email I’ve been getting from this site:

John from Texas writes: “Did you know that you could get ink jet supplies here…” and sends me a URL. Thanks, John, but I really do have all of my inkjet supplies covered for the next few years or so. If I ever need toner for a printer that I don’t have, I’ll be sure to check out your site, first thing, ok, dude?

I’m not going to refinance my house, buy a fake Rolex, or get cheap Viagra either, but you probably could have guessed that without me spelling it out for you. (And, in case you’re wondering, yes, my penis is big enough, thank you. I don’t need or want it ‘enlarged’ overnight-that sounds downright painfull, especially considering I’m female, but you already knew that.)

Ahem, it goes without saying, really, that my readers are “smater than average” even if they maybe have already seen a Nick Cage movie, which, as you probably already know, is more than I can say for myself, thanks in part to my murderous TiVo. (I don’t even know what the guy looks like other than that lame imdb photo I keep linking to which is probably 14 years old by now and is very busy being spammed with it’s own offers from the likes of Tom and Angelina. Nick, if you ever need inkjet supplies, I’m guessing that Tom really isn’t you man, but, like, don’t take my word on it, ok?)

Carol (no not me, although I do talk to myself, from time to time) from San Antonio writes: “Cool site. Love the new graphics. Gen X photos for the masses!” Thanks, Carol. All that and your Mom had great taste in names too. :~)

Tom from Norfolk writes: “Are you like ever going to post that picture you have of Trent Reznor’s house? Are you one of those sick Nick Cage stalkers? Do you like hang out by these people’s houses and go through their garbage or something?”

Well, Tom, it’s kind of hard for me to be a stalker if I don’t even know what the guy looks like but, yeah, I guess you could call me one if you must. I really do intend to stalk him until my TiVo gives up and lets me watch a movie that doesn’t portray Jeffrey Dahmer as a hero. Now, I’m more determined than ever, thanks in part to your email. (There you go, feeding the sick masses all over again. Bad, Tom, BAD!)

Now, if you don’t mind, I’ve got to go outside and follow Nick Cage to the mailbox to get my mail and then follow him to the grocery store because, well, I need some milk. And then, we’ll be off to the post office for some stamps. Maybe by the time we get back, I’ll have a better idea of what he looks like, but, like, don’t count on it because I’ve got this TiVo you see and it appears to have “unbooped” him so, despite the fact that I’ve no earthly clue what he even looks like, people are accusing me of stalking him and going through his garbage which, I suppose, is better than the alternative of buying a cheap fake Rolex watch, along with inkjet supplies, and a side of Viagra, all the time refinancing my home seventeen times in several different states using only the invention Al Gore gave to the masses.

You do like to read, don’t you? Hey, it beats seeing a movie (not that I would know, mind you.)