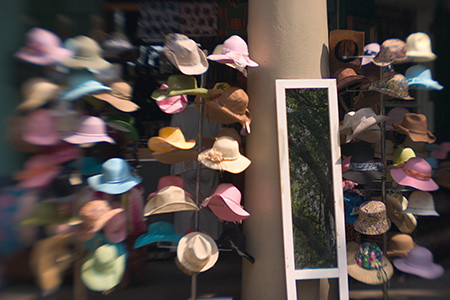 My murderous TiVo has done it again.

It’s now taped “The Life and Times of Charles Manson” for my viewing pleasure. I thought that it was recording some movie with Nick Cage (because, well, I’ve never seen one) but, no, it thought it better for me to watch something with a much higher body count. (Nick, if you’re reading this, go kill more people so I can see one of your movies, ok?)

For those of you who don’t know, I have a TiVo. (I’ve been getting a lot of new people dropping in lately, for some unknown reason, to this web site. I hope you don’t like Nick Cage as much as I do. Or something like that.)

When I first got my TiVo, I thought that it was the greatest thing in the world. I like to watch Law and Order re-runs (you know, the ones where Jerry Orbach was a toddler and caught his mother chopping off his father’s head when he was only two and a half? Yeah, those re-runs.) Anyway, I setup TiVo in some kind of “reconnaissance” mode, where it would pick-up anything and everything related to Law and Order.

At first, it was great. I watched Law and Order when it was showing at like 2 am without commercial interruptions. (Well, except for that guy who does those annoying adds for the government, while covered entirely with question marks.)

Don’t get me wrong, at first, I liked the suggestions it would make. It would tape random, odd episodes of CSI, and I was completely ok with that. I’d come home after work, “boop” on the TiVo and watch some autopsey of some dude who surfed too much or something on CSI Miami, all the time that happy little “thumbs up” TiVo guy was smiling back at me. It made for nice dinner-time entertainment (well, except for that one night I made spaghetti and that poor woman died because she was infested with maggots. That was not too appetizing but, at the time, I thought it was just a random coincidence.)

Now, it tapes nothing but shows like “Jeffrey Dahmer: Friend or Foe” It doesn’t even listen to my suggestions anymore. I’ve been convinced, for quite some time now, that it is, in fact, plotting the perfect murder. Perhaps somebody has hacked into my TiVo and is setting me up to take the fall, who knows? I just know that it’s up to something and that “something” is really no good (and that, well, it doesn’t, for some reason, really like Nick Cage all that much because it appears to keep “unbooping” his movies.)

Just picture it. I get home one day, “boop” on the TiVo, and there’s ole Jeffrey Dahmer, smiling back at me like always (ok, maybe it’s Charlie Manson, if it’s like Tuesday or something.) The police ring the bell. “We have a warrant! Come out with your hands up!”

“Honest, officer, I didn’t stab him in the kitchen with a spork. No really, I didn’t. I didn’t even know you could use a spork for that.”

They’ll haul me off to the station, run my prints, put me in some little room with a bright light where I will, in a failed attempt at mercy, try to convince them my TiVo’s been hacked or is somehow up to no good. Maybe I’ll even use the “but I was at home, alone, watching TV” defense, at which point, they’ll see my TV, see what’s on the TiVo, check out that happy little “thumbs up” dude merrily showing off my Jeffrey Dahmer video collection, and instantly convict me.

“She even tried to hack her TiVo to cover her tracks,” the ambitious deputy would say, “look, she tried to “unboop” it to record a Nick Cage movie. Like we would fall for that! And she tried to convince us she didn’t know how to use a plastic spork. HA!”

Perhaps, I should try to hack TiVo and make it start recording only the cooking channel-so that I can bake a cake with a file in it. (Where are those damned Baked Goods People when you really need them?)

It’s death row for me. Maybe, for my last meal, I’ll eat a McDonald’s Veggie burger with a choclate shake, and they’ll let me watch a Nick Cage movie before dragging me off in chains.

That is, provided they don’t have TiVo in prison.