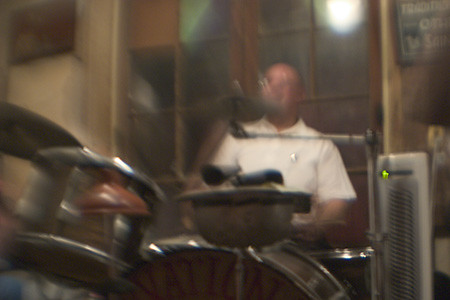 Poor Charlie (my doggie) has almost run out of food. This would normally not be a big deal, except for the fact that, as you may have read or heard, I’ve started a running program and so, instead of running to the vet to get dog food (which, come to think of it, would whip me into shape, since it comes in 18 pound bags and the vet is about ten minutes from work by car) I should have been out running today.

This has prompted several funny responses from folks.

I responded to one person, after being asked if I was ready to run today, “I have to go get dog food.”

“You really need to work on your diet,” was his response, “if you’re eating dog food and expecting to shed some pounds.”

Somebody else resonded, “is that kind of like a ‘the dog ate my homework’ excuse that you are using now?”

Ha Ha! Sure, laugh at me now but, I’d hate to see your face if I were to go home tonight sans any doggie food. Charlie would *not* like that very much ok. And he’s taken to biting people as of late so, like, I really don’t want to risk it, ok?

I’d much rather go for the kibble and put off the run until it gets just slightly cooler. Ok, maybe just a little.

Speaking of cooler, it’s almost shooting season again. It’s almost time to go outside and play again, and I can hardly wait. I’m going to shoot up Georgetown like it’s never been shot before, believe me.

It’s either that or feed Charlie some extra kibble for dinner, right?

PS By the way, the little green dot in this one just drives me bonkers. It’s moments like these that were made for clone stamping, I know. Band-aid anyone?